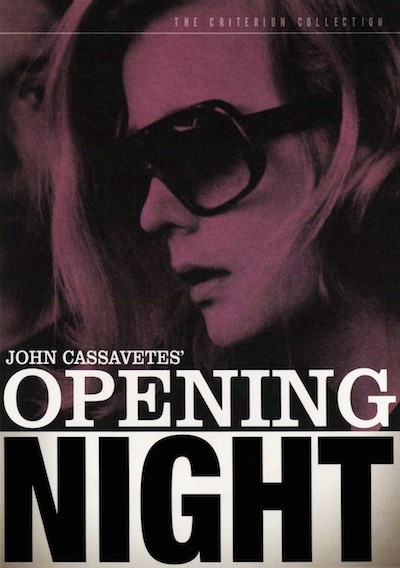 Myrtle Gordon (Rowlands) is starring in “The Second Woman” on stage. The play is finishing out-of-town previews when a young fan (Johnson) is accidentally killed while waiting to greet her. Already struggling with alcoholism, Myrtle becomes more and more unhinged, taking out all her angst on her co-star (Cassavetes) and loyal director (Gazzara).  As she loses her tenuous grip on sanity, the play, about a woman dealing with loneliness and aging, takes on weighty significance. Can Myrtle make it to opening night?

Cassavetes’s real-life spouse Rowlands tackles a highly demanding role, playing a woman rapidly approaching a total breakdown.  Having her actual husband play her on-stage husband reflects the director’s penchant for blending reality and make-believe in his work. Blondell, who represents the later stage of womanhood, brings her storied resume to the role of the aging playwright, while Johnson, who resembles a younger Rowlands, represents the star’s lost youth and beauty. It’s no surprise that Rowlands won best actress at the Berlin Film Festival for her incredible performance. Get house seats for this “Opening Night.”