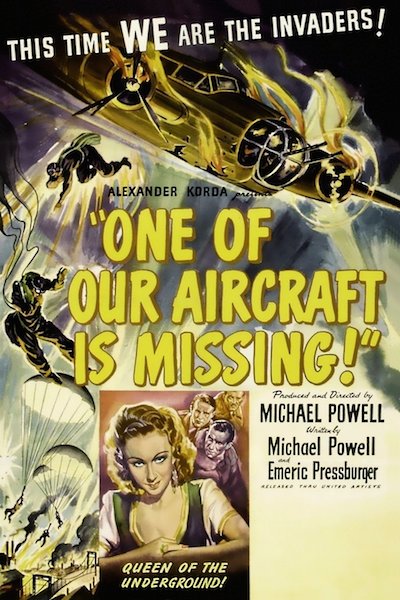 One of Our Aircraft is Missing

Experiencing engine trouble after a nighttime raid on Stuttgart, Germany, the crew of a RAF bomber bails out over the Netherlands. The men are taken in by Dutch locals, led by Else Meertens (Brown) and are hidden at great risk. The airmen are then smuggled by supply truck to Jo de Vries (Withers) on the Dutch coast. During a British air raid the men make a break for the North Sea in a rowing boat. Will they get through?

Commissioned by the Ministry of Information as a morale booster during the war, this literate, suspenseful film rises above mere propaganda due to its taut direction, realistic settings and crackling dialogue. Brown and Withers stand out as the two female Resistance fighters, providing a strong and inspiring counterpoint to the male stars. Peter Ustinov makes his screen debut here, with future directors David Lean and Ronald Neame behind the scenes. This tale of rousing patriotism earned two Academy Award nominations, and it’s easy to see why.