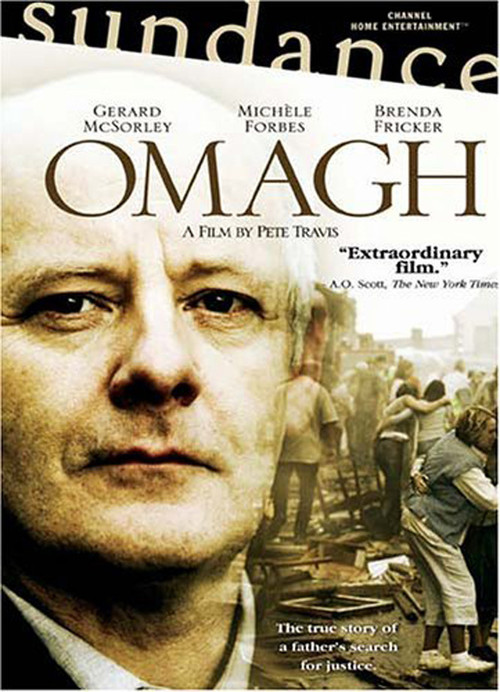 In August of 1998, three months after the Good Friday peace treaty, an Irish terrorist group calling themselves "The Real IRA" bombed the town of Omagh, where Protestants and Catholics had lived together in harmony for decades. Among the dead is 21-year-old Aiden Gallagher, whose father Michael (McSorley) eventually decides to start a support group for other grieving victims and loved ones. When the group begins to discover the police may have ignored vital evidence of the impending attack, finding answers becomes Michael's obsession, threatening his marriage to wife Patsy (Forbes) and his ability to put the tragedy behind him.

This film, co-written by Paul Greengrass ("Green Zone," "United 93"), delves into a devastating terror attack of the past but keeps a tight focus on those left behind in the aftermath. McSorley's haunting turn as a grieving, increasingly obsessed father is almost unbearable to watch, even as the film's whodunit elements gear up and we share Michaels fervent desire for the truth to come out. Wisely avoiding sentimentality and overt political commentary, Travis's film instead becomes a father's personal quest to find a shred of meaning and truth in his boy's random and senseless death. An under-exposed winner.