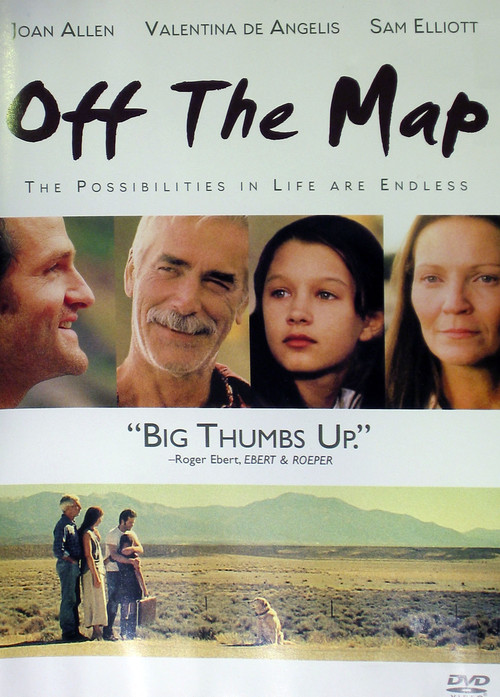 Campbell Scott's film concerns IRS auditor William (Jim True-Frost) who's forced to travel to remotest New Mexico to check on the filing of a family's back taxes. Arriving on said family's property, he meets Charley (Elliott), who's sunk into a depression and won't speak, wife Arlene (Allen), who actually talks but is less than encouraging about their tax compliance, and precocious daughter Bo (de Angelis), who's already got plans to be rich and famous. William comes down with a fever, and before you know it, has decided to stay in this mystical spot, for reasons he himself can't readily express.

Beautifully shot and rich in emotion, "Map" is a film that quietly gets under your skin. Elliott is a revelation as Charley, a man carrying a nameless despair that's struck him dumb, while Allen is fabulous (no surprise) as philosophical bedrock Arlene. Young de Angelis also shines in a demanding juvenile role. A story about life's infinite possibilities and finding sustenance when and where you least expect it, Scott's movie is a quirky, heartwarming delight. Go off the map to see it.