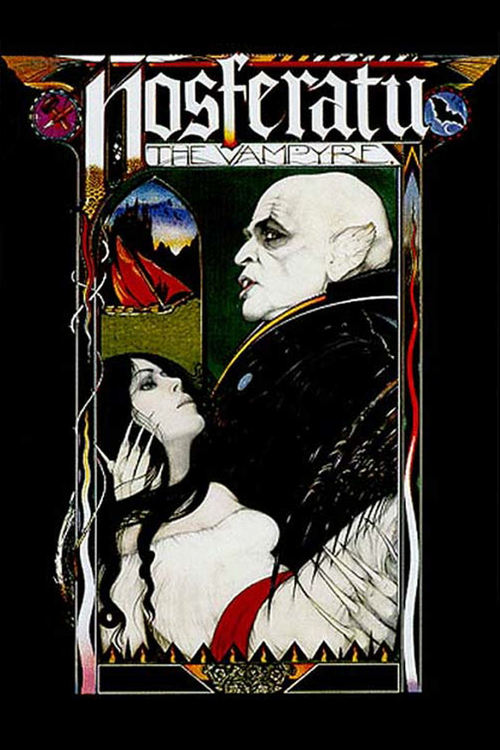 Jonathan Harker (Ganz) sets out from Germany to Transylvania to facilitate the sale of a house in Wismar to one Count Dracula (Kinski). As he draws nearer to the Count's domicile, he encounters fear at the name "Dracula." Undeterred, he ventures on and enters the sepulchral castle, where he meets his odd, spectral host. Upon seeing a photograph of Harker's stunning wife Lucy (Adjani), Dracula finds a new reason to make Germany his home, and promptly sets off in a coffin aboard a ship. On the ship's arrival in Wismar, the captain and crew are all dead, and a plague of rats sets upon the city. Lucy, sensing the true nature of the approaching evil, offers herself up to the Count. But will her sacrifice be in vain?

While paying tribute aesthetically to F.W. Murnau's 1922 silent classic "Nosferatu," here Herzog creates his own iconic version of Bram Stoker's 1897 vampire novel. Frequent collaborator Kinski steps into the pale skin of the Count, again paying homage to its originator, Max Schreck, while putting his own distinctive stamp on the character. With his sad, haunted eyes and desparate hunger, Kinski brings out Dracula's tortured soul.