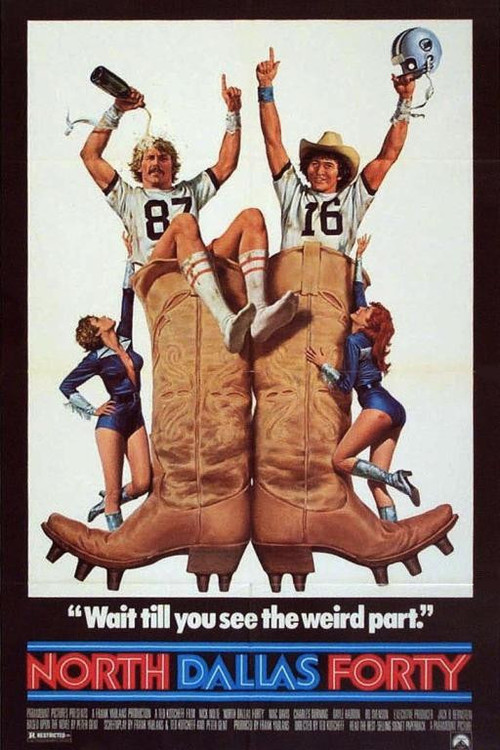 Phil Elliott (Nolte) is a battle-scarred, veteran NFL receiver for the North Dallas Bulls who's been sacked too many times and needs a variety of medications to deal with chronic pain. His buddy, quarterback Max (Davis), is better at dodging the massive defensemen rushing him, but he too senses his good days are numbered. Bruised, beaten, and mistreated, Elliott begins to wonder if there's more to life than football.

Ted Kotcheff's revealing "North Dallas Forty" uncovers the less heroic aspects of pro football as big business, depicting players as commodities to be replaced when their broken bodies give out, coaches as bullying nursemaids, and owners as greedy, manipulative tyrants. To his credit, Kotcheff isn't heavy-handed in his approach, leavening the film with plenty of wit and warmth. Nolte is superb playing the aching, rebellious Phil, while singer Davis exhibits natural acting chops as Max. Sterling support comes from Steve Forrest and Dabney Coleman (as owners), G.D. Spradlin and Charles Durning (as coaches), and Bo Svenson (hilarious as an unhinged defensive player on the Dallas team).