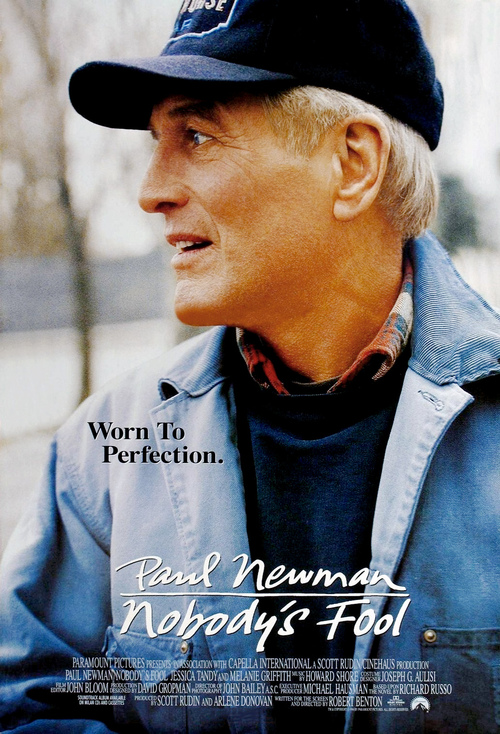 Sixty-year-old misfit Sully (Newman) walked out on his family years ago and now ekes out a living in small-town New York, where he lives in a boarding house operated by his eighth-grade teacher (Tandy) and flirts with Toby (Griffith), the wife of Carl (Willis), a contractor who hires him on occasion for odd handyman jobs. One day, Sully is led to examine his carefully cultivated life of zero responsibility when he runs into his estranged son Peter (Walsh), who has a grandson in tow.

Newman rightfully won a heap of praise (and a Best Actor nod) for his stirring portrayal of an aging rascal who discovers late in life a need for family and the necessity of becoming an adult. The veteran actor plays Sully with an easygoing brio and effortlessly sharp-witted humor to match his tough-tender persona. Tandy is charming as ever in her final big-screen role, and Walsh, Willis, and Griffith all step up to the plate with memorable supporting work. Why this little gem was overlooked by the public, Ill never know. But Nobodys Fool offers just the right blend of humor and heartache.

Nocturna: Side A — The Great Old Man's Night