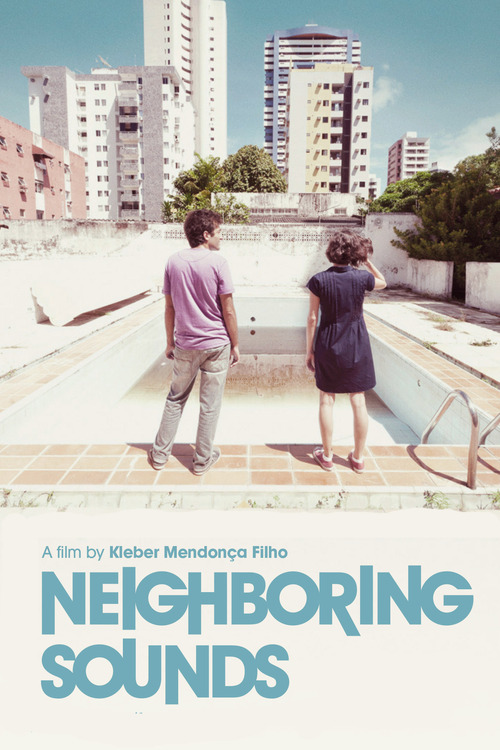 In a well-to-do apartment complex in Recife, Brazil, a dozen or so inhabitants and employees go about their daily business: Aristocratic Francisco (Solha) ventures from his penthouse to meet with Clodoaldo (Santos), who runs security on the street; Bia (Jinkings) is being driven mad by the incessant barking of a dog in the courtyard; while Joao (Jahn) is alarmed to find that the car of his new girlfriend Sofia (Brown) has been burgled. The residents schedule an association meeting to discuss the irresponsible doorman who has been caught napping on the job. It seems that all around their shared abode, danger lurks. Are these people residents or prisoners?

This first feature from former film critic Mendonca presents an intimate view of daily life in Brazil, displaying the most populous South American country across all its socio-economic strata. Mendonca’s camera, gliding around middle-class apartments filled with maids and tutors and delivery men, seems to suggest the master/servant/slave dynamic is still very much alive in modern Brazil. Though the apartments we enter are sterile, Mendonca imbues them with a feeling of stasis and tension, using expressive sound design. Residents seem almost trapped, confined by barred windows and prowling night watchmen. Ultimately, “Sounds” uses compelling storytelling to create illuminating social commentary.