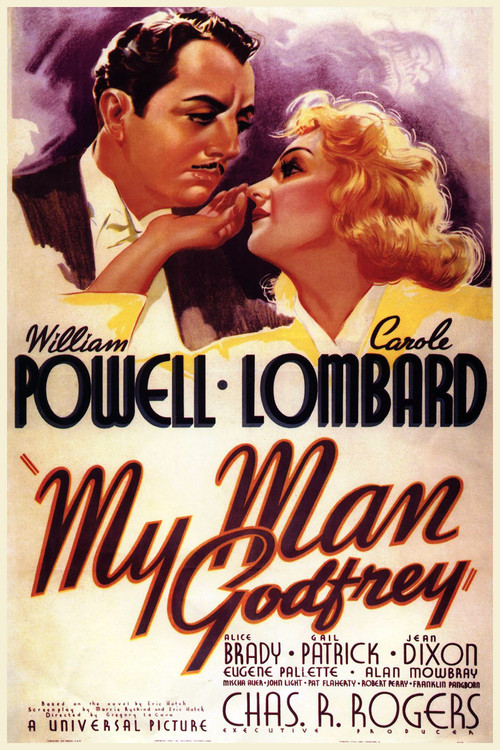 Comedy, The Essentials, The Criterion Collection

Through a society ball scavenger hunt only the idle rich could invent, the dysfunctional Bullock family hires a "forgotten man" from skid row to become the new butler in their zany household. Daffy younger daughter Irene (Lombard) falls in love with him, causing considerable fuss. Godfrey (Powell), however, is not precisely who or what he seems to be. How can he use his new position to help all those other forgotten men at the city dump?

Gregory La Cava’s sublime "Godfrey" blends screwball elements with more serious overtones of Depression-era class injustice, creating a wildly entertaining yet thought-provoking movie that holds up beautifully. The term "debonair" was indeed coined for Powell, and Lombard makes for an adorable ditz. (Trivia note: the two stars had been married briefly several years earlier, but had divorced amicably). Highlights: the hilarious Mischa Auer as Mrs. Bullock’s "protégé," and the rotund Eugene Pallette as Mr. Bullock, the family’s industrialist father, who seems like an impotent keeper at an asylum.