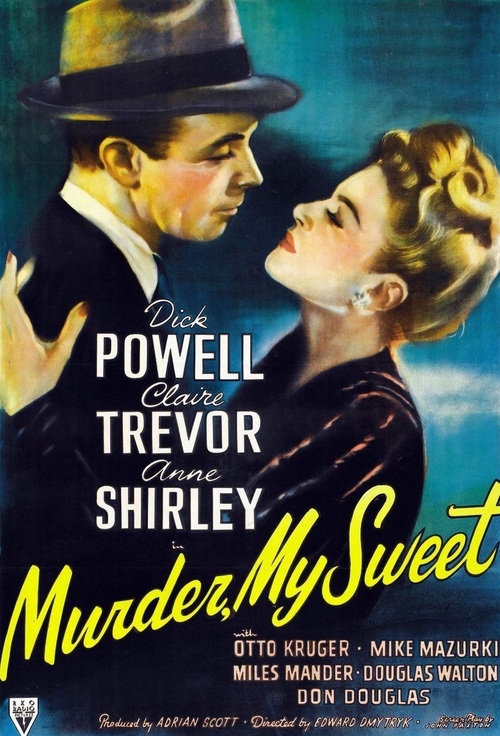 Former crooner Dick Powell was first to assay the role of Raymond Chandler's famous gumshoe Philip Marlowe in this screen adaptation of "Farewell, My Lovely." Here, Marlowe is hired by hulking underworld figure Moose Malloy (Mazurki) to find his missing girlfriend Velma. Being versatile and money-hungry, Marlowe also takes on another assignment to recover a stolen necklace. Could the two cases be linked? Marlowe endures a lot of pain finding out, but then, that's what he's paid for.

Edward Dmytryk's trim, crackling detective tale has enough twists and turns to befuddle most any snoop, but that's the whole fun of it. Powell's gritty, bravura turn as the original Marlowe (Bogie would follow him two years later in "The Big Sleep") opened up gritty new avenues for the actor, and the sultry Claire Trevor scorches the screen as femme fatale Helen Grayle. Packed with the patter of gunsels and molls in dimly lit, smoke-filled rooms, noir doesn't get much "noirer" than this. Hard-boiled mystery fans should pounce.