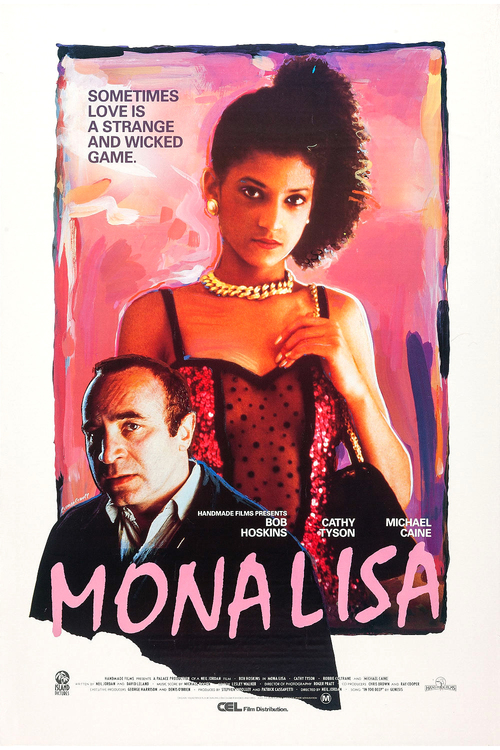 Small-time thug George (Hoskins) returns home from a lengthy prison stay after taking the fall for local mob boss Mortwell (Caine). His time out of the game has lowered his stock, but he persuades Mortwell to hire him back. He’s assigned to be the driver for high-class call girl Simone (Tyson) whom he escorts around London in a swanky Jaguar. Initially the two clash, as Simone despairs over George’s rough-edged, working class ways, but eventually a trust develops, and he begins to fall for her. Simone then asks George to help her find her old friend Cathy (Hardie), a fellow hooker who’s strung out on drugs somewhere. In his search, George gets a lot more than he bargained for.

Over 25 years after release, Jordan’s noirish, cockney crime thriller still resonates. Following in the footsteps of Scorsese’s “Taxi Driver,” this urban fairy-tale paints London in drab colors of sordid decrepitude, yet proffers a more appealing protagonist in the form of Hoskins, who was honored with an Oscar nomination for his layered work. Tyson, in her first role, is superb as the hooker who’s been badly used, but is all too willing to use George. Caine brings a mischievous malevolence to his role as the sleazy, evil crime lord pulling all the strings. But the film rests on Hoskins’ stocky shoulders, as George ends up finding redemption even in his own betrayal. This “Mona Lisa” is indeed a work of art.