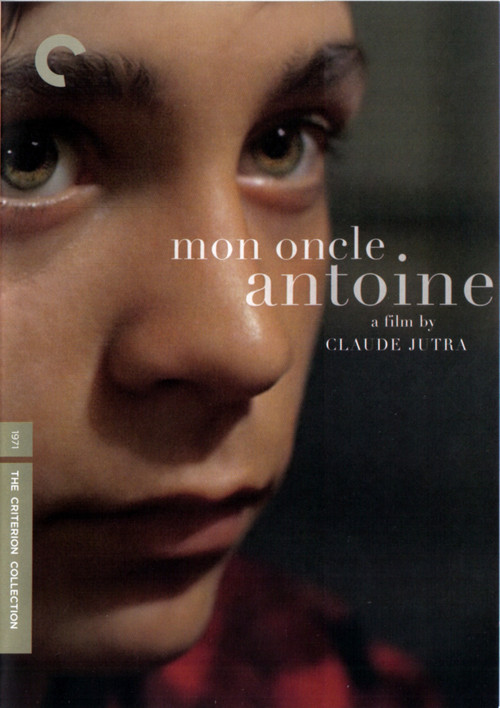 Set in a wintry Quebec asbestos-mining town during the Yuletide season, this 1940s-era drama follows the trials and tribulations of teenager Benoit (Gagnon), whose family runs a general store that doubles as a funeral parlor. Over several eventful days, Benoit experiences his first sexual stirrings around co-worker Carmen (Champagne) and learns painful lessons about mortality after the death of a young boy forces him to reevaluate his hard-boozing but much beloved uncle (Duceppe).

Jutra's tender, bittersweet coming of age tale deals with familiar themes (awakenings, hard lessons, sexual initiation), but circles around the darkness surrounding Benoit's seemingly happy-go-lucky uncle, about whom he is going to make an unsettling discovery. Capturing the majestic beauty of rural Quebec, the film is embroidered with deceptively small, emotionally rich moments, one of many reasons "Antoine" has been hailed as the best Canadian film of all time.