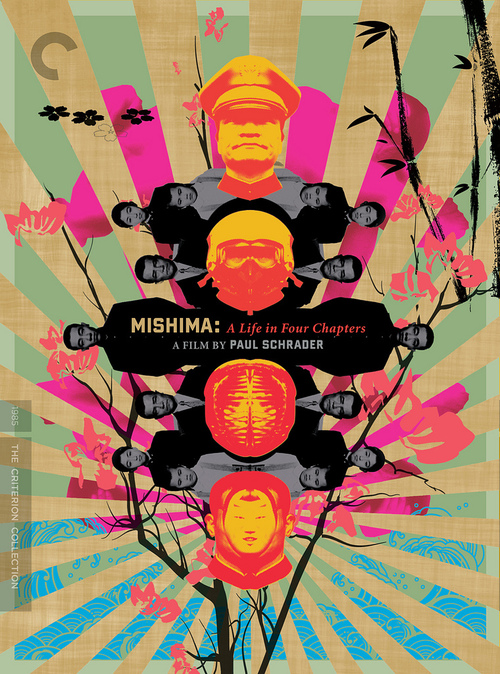 Paul Schrader, one of our most talented writer-directors, portrays the fascinating life and art of celebrated Japanese novelist Yukio Mishima, who committed hara kiri in 1970. Divided into four chapters, the film explores his formative years, sexual adventurism, and militaristic political views in a provocative, kaleidoscopic fashion.

This unusually vibrant biopic by “Taxi Driver” writer Schrader is told in episodic fashion, tracing Mishima's eventful life from childhood to his violent, self-inflicted death in protest. Also woven into the narrative are vivid fantasy sequences culled from his exceptional fictional works. Schrader knows that no life simply proceeds from point A to point B, and his magnificently inventive film respects Mishima's legacy enough to present him as a man of serious, somewhat inscrutable complexity. Let “Mishima” reign!