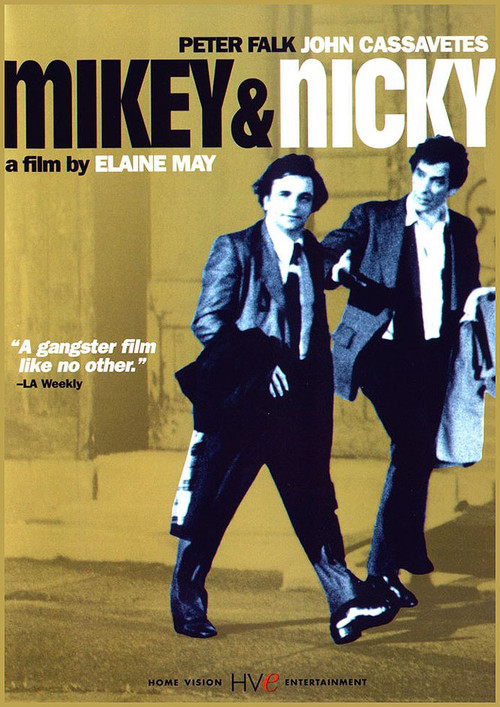 Believing there's a contract on his life, nervous petty gangster Nicky (Cassavetes) phones his longtime best friend, shabby crook Mikey (Falk), and asks for help. Over the course of an evening trawling the underbelly of urban Philadelphia, their friendship is tested and twisted by impulsive judgments, mutual mistrust, and increasingly bitter accusations.

Directed with confidence by Elaine May, this gritty, pared-to-the bone crime drama about a penny ante Mafia associate who's on the run after embezzling a cache of money from the mob has a freewheeling, improvisational quality that perfectly matches its air of anxious desperation. The film succeeds brilliantly because of the give-and-take rapport between Falk and Cassavetes, who come across like a bickering old couple destined at any moment for a violent meltdown. Ned Beatty also contributes an edgy turn as the hired killer out to nail Nicky. With betrayal looming like an ominous shadow, "Nicky" is an engaging study of street life and strained male relations.