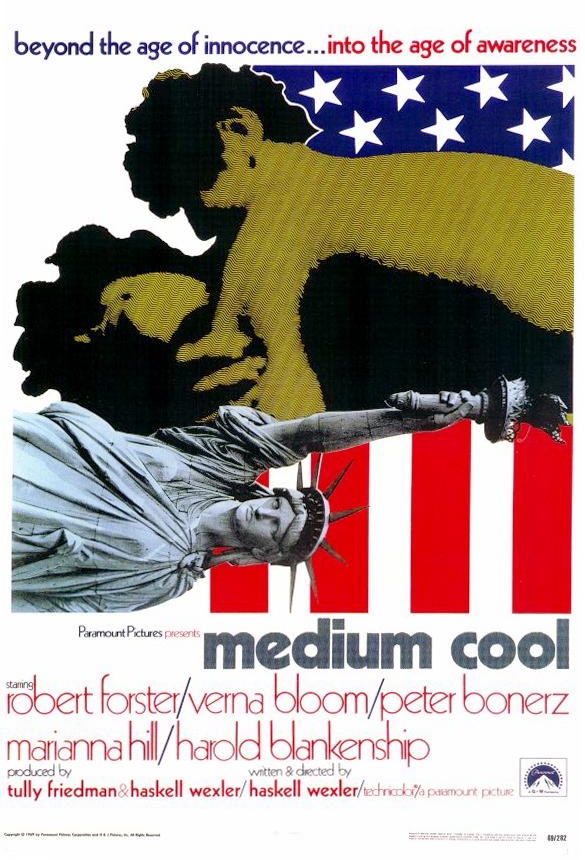 TV cameraman John Cassellis (an unrecognizable, pre-"Jackie Brown" Forster) meets and falls for struggling single mom, Eileen (Bloom), against the least opportune of backdrops: the turbulent 1968 Democratic Convention, when brutal police reaction to student demonstrations put the city of Chicago in chaos. John and sound-man Gus (Bonerz) must capture the unfolding crisis for posterity, and in this volatile situation, it appears nothing is safe, including any future for John and Eileen.

Haskell Wexler's one-of-a-kind film seamlessly blends narrative and documentary forms, as the actors actually played their scenes as the Chicago riots were exploding all around them. Thus "Medium Cool" attains a heightened sense of tension, immediacy, and danger, as the line blurs between drama and reality. Evocative and extremely well-played by Forster and Bloom, this is a fascinating time-capsule for the ages. Look for Peter Boyle as an impassioned right-winger.

Meet Me in St. Louis