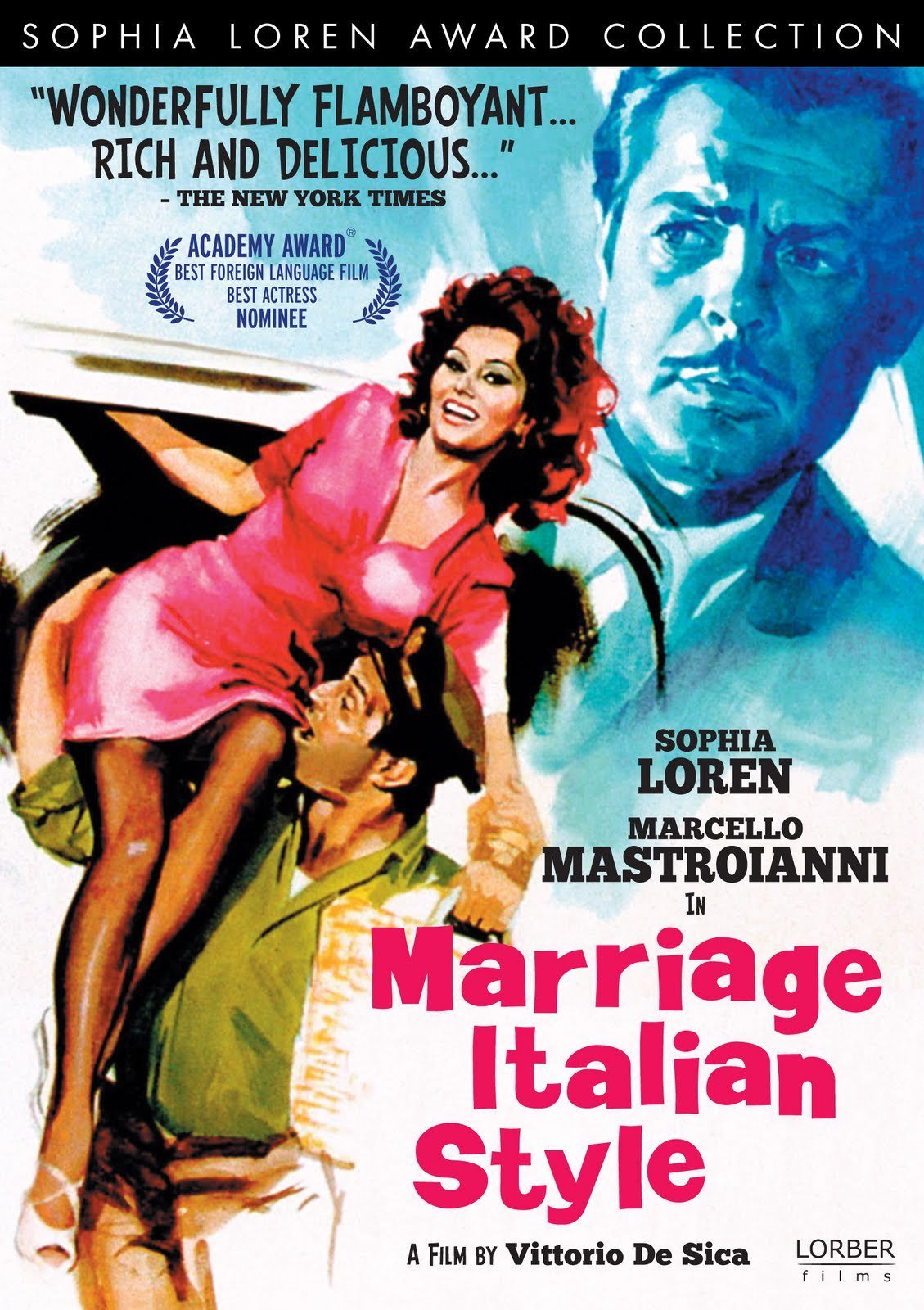 In wartime Italy, wealthy, arrogant businessman Domenico (Mastroianni) falls for Filumena (Loren), an almost illiterate working girl.  Over many years, they continue to see each other and he eventually sets her up in her own apartment. He also employs her to manage one of his bakeries. But it becomes clear he won’t marry her even after two decades. When Domenico starts making love to a younger woman, Filumena makes one last-ditch attempt to get him to the altar.

Nominated for Academy Awards for Best Foreign Film and Best Actress, De Sica’s frothy farce pairs the voluptuous Loren and dapper Mastroianni in one of their finest cinematic unions. Commingled with all the chuckles is a damning indictment of an era where proud, chauvinistic Italian males used and discarded their women. Loren, who displays an earthy sex appeal (especially in her sheer black negligee), displays all of Filumena’s pain and determination, making us root for her. The irrepressible Mastroianni, meanwhile, makes an ideal cad. Together, the two frequently paired stars create romantic comedy magic, Italian style!