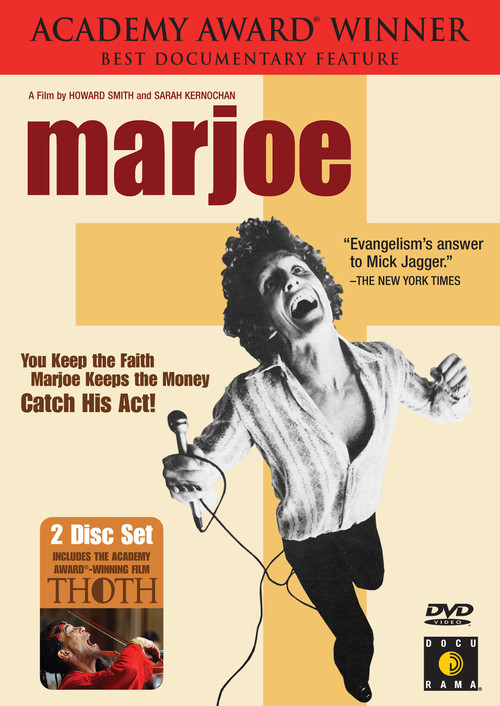 This skin-crawling exposé of the tent-revival circuit focuses squarely on one Marjoe Gortner: a former child evangelist who returns to preaching as a young adult, charging up sold-out audiences throughout the South with his fire-and-damnation-style sermons, and then bilking them for every cent they're willing to cough up. A convert himself to the sixties counterculture movements, the groovily clad, charismatic preacher invites a film crew to trail him around when he decides it's time to end his sham double life and leave the lucrative "business" behind.

Like a lightning bolt to the heart, the Oscar-winning "Marjoe" hits its mark with illuminating mercilessness. Opening with old videos of Marjoe preaching hellfire at age 4(!), Smith and Kernochan give us a taste of what the openly fraudulent evangelist, a flower child who professes no spiritual belief whatsoever, can accomplish with a microphone, as he works his congregations into a moaning, epileptic fervor. Even more fascinating is how honest the narcissistic Marjoe is about his personal misgivings, his atheism, and the profit motive behind these Pentecostal meetings, which he headlines with a mix of rock-star bravado and sanctimonious humbuggery. "Marjoe" is infuriating, but also wonderfully cathartic. Hallelujah!