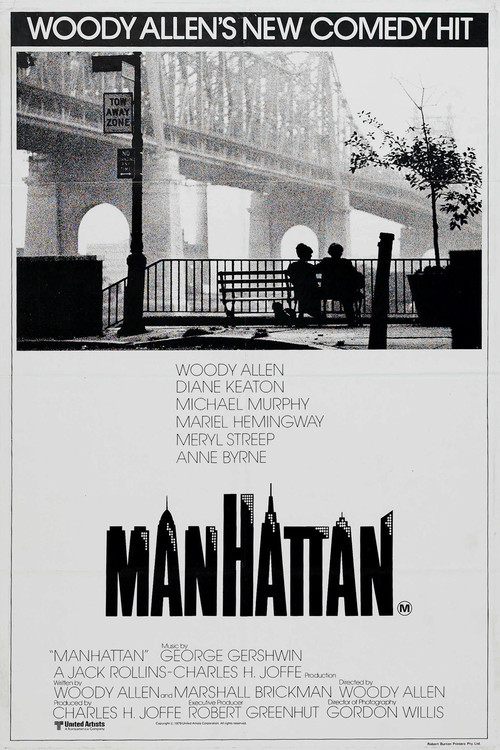 Frustrated, neurotic TV writer Isaac (Allen) is fed up with the inanity of his job and longs to write the Great American Novel. His personal life is not so hot either: intellectually alienated from his teenage girlfriend Tracy (Hemingway), and tormented by his lesbian ex-wife Jill (Streep), Isaac commiserates with his buddy Yale (Murphy), who's cheating on his own wife with magazine editor Mary (Keaton). Then Isaac begins to have feelings for Mary. How will this intricate game of romantic musical chairs resolve itself?

A follow-up to the critically acclaimed "Annie Hall," Woody Allen's "Manhattan" is the writer-director's most overt, visually poetic paean to the city of his birth. While weaving in recurring themes of frustrated love and alienation, what occupies center stage is New York itself, its various images and signposts made indelible by a Gershwin score and Gordon Willis' breathtaking black-and-white cinematography. See this sublime tribute to romance, urban life, and the only place Woody Allen has ever felt at home.

Manon of the Spring