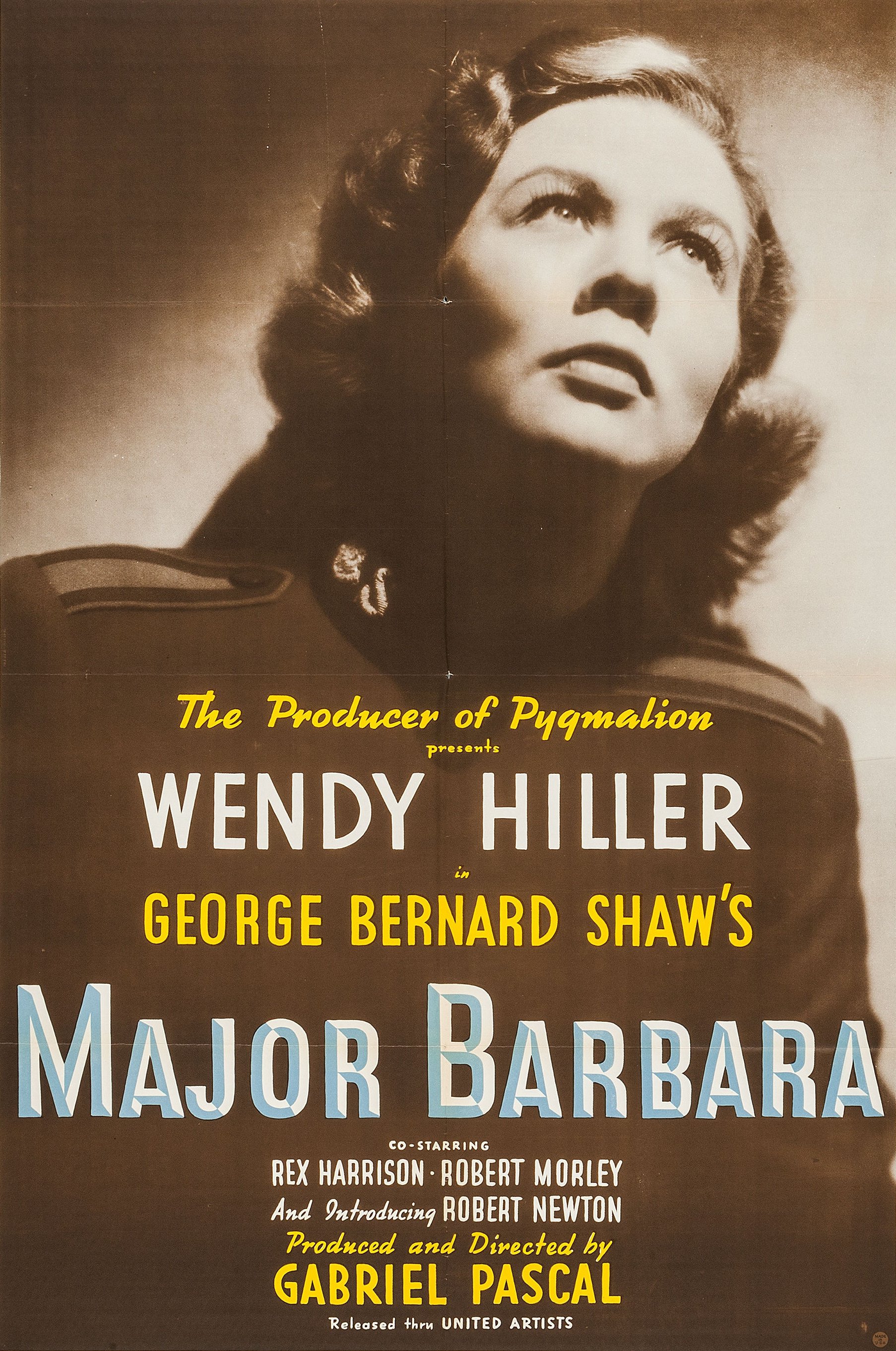 Barbara Undershaft (Hiller), a major in the Salvation Army, devotes her life to saving souls through compassion and humanity. She falls in love with Adolphus Cusins (Harrison), a Greek scholar with less altruistic ideals.  Meanwhile, Barbara’s father Andrew (Morley) is a wealthy industrialist who operates a large munitions factory. When he offers the Salvation Army a large sum of money and her superior (Thorndike) accepts, Barbara is disgusted at the hypocrisy of her institution, believing the money to be tainted. Barbara, her father and Adolphus have lively discussions on how best to provide charity to the needy: Capitalism or the Church?

George Bernard Shaw’s 1905 social comedy is brought to vibrant life by a top-notch British cast and a razor-sharp screenplay from the playwright himself. Hiller, coming off an Oscar nomination for her role in “Pygmalion”, triumphs as the outspoken idealist, with Harrison’s sly wit and delivery providing an effective counterpoint. The dialogue is fast and the satire cutting, but director Pascal and editor David Lean make it all register. Look for the lovely Deborah Kerr in her film debut, and also Stanley Holloway, who years later would go on to star with Harrison in “My Fair Lady.” By all means, salute this “Major”!