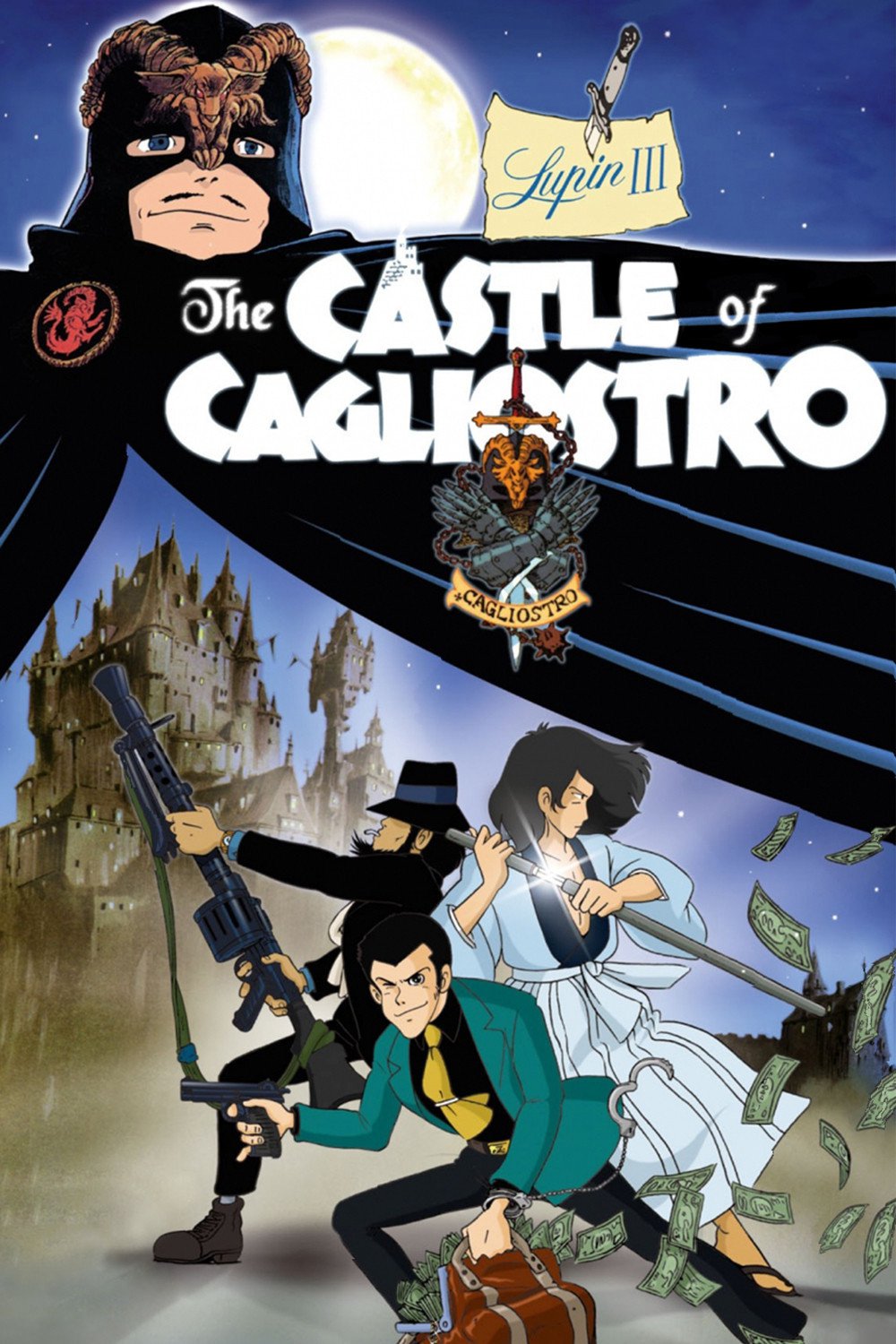 Lupin III: The Castle of Cagliostro

Criminal roué Lupin III (Hayter) and his sidekick Jigen (Snyder) escape a Monaco casino with millions of dollars of stolen banknotes. On discovering the notes are counterfeit, they drive to the European Duchy of Cagliostro, where Lupin suspects they are being manufactured. There, they learn that the evil Count (Thornton) has imprisoned a young girl named Clarisse (Hoffman) and plans to marry her against her wishes. Lupin infiltrates the castle in an attempt to rescue the girl and unearth the ancient treasure of the Cagliostros.