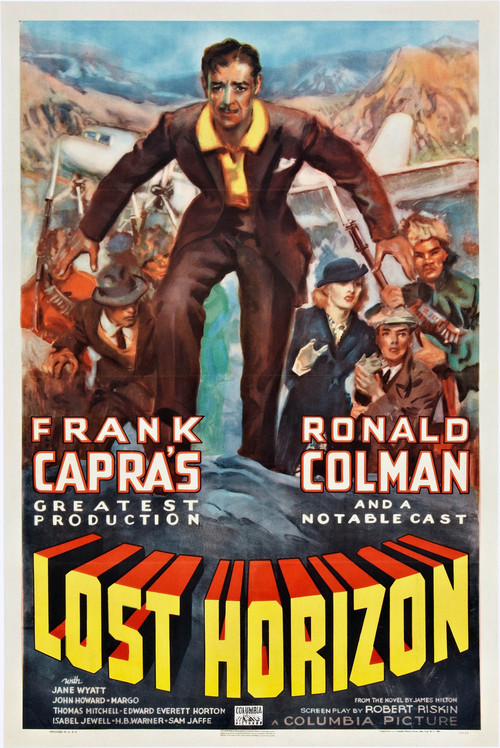 In Frank Capra's inspired adaptation of James Hilton's fantasy novel, five Westerners discover a haven of tranquility known as Shangri-La when their hijacked plane crashes in Tibet. After a period of unaccustomed rest and peace, the group, led by diplomat Robert Conway (Colman), must decide whether to leave the idyllic paradise and return home... or stay in Shangri-La.

For audiences of the day, this epic tale of a lost civilization where people lead long, peaceful lives served as heady escape from the growing threat of Fascism abroad.  The dashing Colman carries the film in one of his signature roles, supported by a colorful roster of character actors, including Thomas Mitchell, Edward Everett Horton, and Sam Jaffe. Also look for a young and lovely Jane Wyatt (later in TV's "Father Knows Best") as a Shangri-La resident. Broaden your "Horizons", and watch this classic from Hollywood's Golden Age.