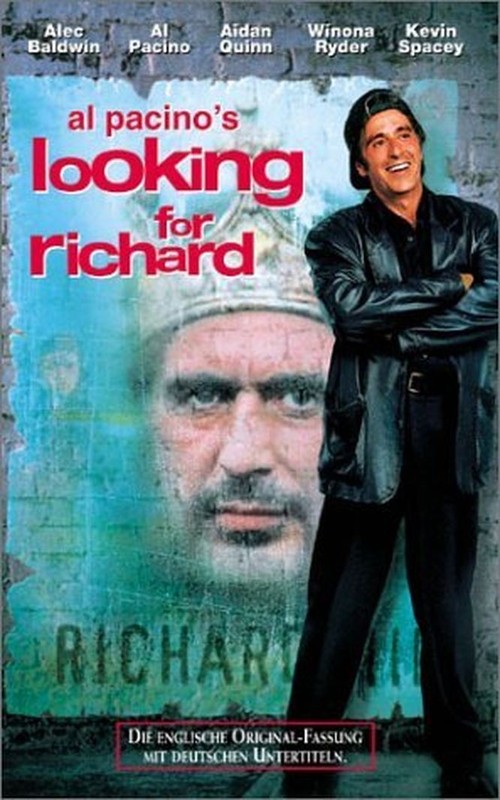 Renowned actor Pacino delves into all the myriad complexities and richness of Shakespeare's "Richard III," all the while wondering aloud about the ongoing influence and impact of the Bard in modern times. He sets about examining the historical context and language of the play as he prepares to mount a production with some of his fellow actors. We watch as they rehearse and discuss the intricacies of the Elizabethan verse. Then we're treated to fully dramatized scenes that bring the play to life. Along the way, Pacino interviews scholars as well as everyday people on the streets of New York to gain perspective on Shakespeare's legacy.

Pacino's directorial debut is much like the man himself: a slightly scattered but wildly entertaining inquiry into Shakespeare's continued relevance in today's world. Jumping from New York to Stratford, from cerebral professors to passers-by, Pacino's enthusiasm and passion are palpable and infectious. With input from some of the great British Shakespearean actors (including Branagh and Jacobi), Pacino posits that the Bard is not inaccessible to Americans; we then get proof with stellar readings from Spacey, Allen, and Pacino himself. Not just a rumination on the greatest writer of all time, this genre-breaking documentary also opens a window onto the joys of acting.