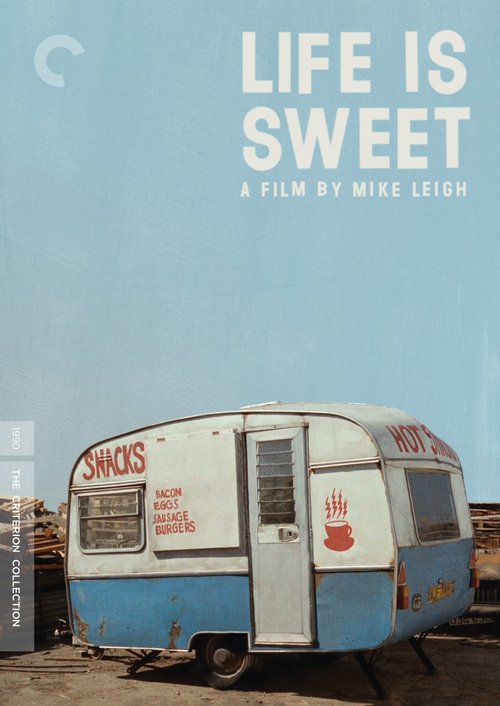 In a North London suburb, Andy (Broadbent) and Wendy (Steadman) face married life with chipper optimism and good old-fashioned grit. Andy is employed in a catering company, but dreams of running his own food cart. Their twin daughters are like toothpaste and orange juice; Natalie (Skinner) is kind and bookish, while Nicola (Horrocks) is a born rebel and cynic. Life continues apace, as Andy buys a rundown van to house his food operation from shady pal Patsy (Rea), and Wendy offers to help sad-sack Aubrey (Spall) with his new French restaurant.

Leigh’s third film, an inspired slice of working class English life, combines a great script with inspired improvisation from its appealing, talented cast. The director specializes in presenting us with slightly eccentric characters and offbeat situations that nevertheless come off as believable and authentic. Steadman (Leigh’s then-wife) is a standout as the relentlessly optimistic mom, and Horrocks also registers strongly as her bitter, conflicted daughter. The grotesque comedy (especially where Spall is concerned) may make you laugh, but Leigh doesn’t skimp on the social and psychological commentary. Award-winning and critically acclaimed, this biting drama is a bittersweet treat worth devouring.