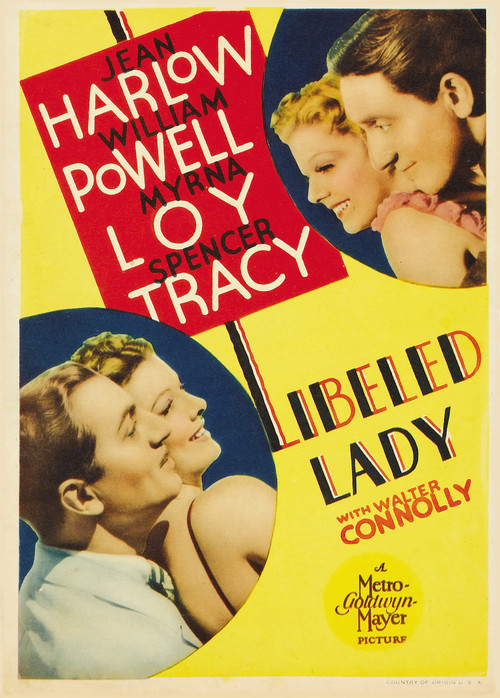 The ever-smooth Powell plays Bill Chandler, a freelance journalist hired by his old newspaper to squelch a libel suit brought by society heiress Connie Allenbury (Loy). To do this, Bill must make Connie fall for him and then place her in a compromising position. Meanwhile, Haggerty (Tracy), the newspaper's editor, is so nervous about the suit he keeps forgetting to show up at his own wedding to the long-suffering Gladys (Harlow). Ultimately, Bill manages to melt Connie's icy exterior, but ends up enamored himself. What's a smitten reporter to do? And what if Connie discovers his true aim?

Nominated for a Best Picture Oscar in 1936, Jack Conway's underexposed screwball comedy is a raucous farce buzzing with zany humor, buoyed by that special chemistry between Powell and Loy (reunited from their first pairing in "The Thin Man"). A frantic Tracy and frustrated Harlow round out a stellar foursome in this fast-paced, ingenious laugh-fest. Walter Connolly also scores as Connie's tycoon father. Whatever you do, don't miss that classic fishing scene!