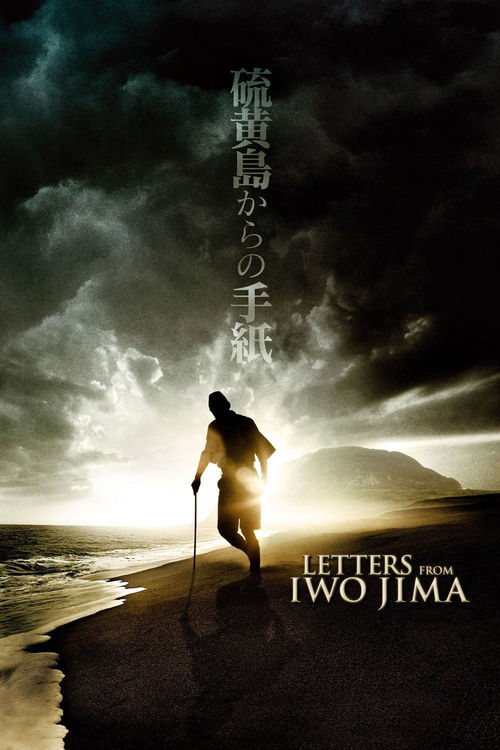 Near the end of World War II, as American forces prepare to take the tiny strategic island of Iwo Jima, U.S.-educated Lt. General Kuribayashi (Watanabe) oversees the digging of tunnels and deep foxholes for his soldiers, who will fight to defend the honor of Japan, though they are outnumbered and certain to lose the battle. Short on supplies, and uncomfortably cramped into their hidey-holes, the Imperial Army enlistees — who come from all walks of life — write home to their loved ones, as the shadow of death looms.

Eastwood's follow-up to "Flags of Our Fathers", which examined the same battle from the perspective of U.S. soldiers, stands as an even greater accomplishment; this is a war film of tremendous insight and compassion. Kuribayashi, sensitively played by Watanabe, is a cunning leader and a man of principle, opposed to the war but committed to fulfill his duty. The men serving under him — like private Saigo (Ninomiya), a baker who longs to return to his pregnant wife, and Olympic equestrian Baron Nishi (Tsuyoshi Ihara) — complete the picture of ordinary men sent to make the ultimate sacrifice. Eastwood's "Letters" doesn't revise WWII history so much as illuminate an aspect of it we've never seen: the humanity of the enemy.