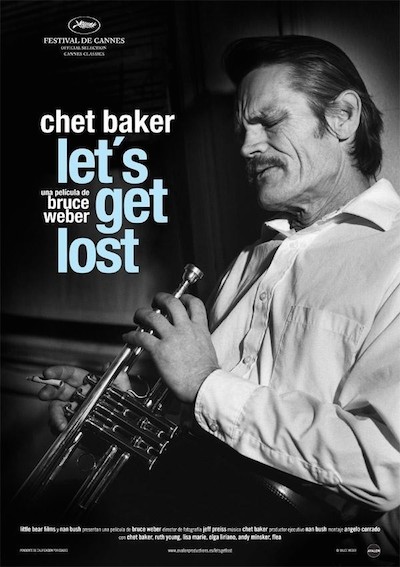 Jazz trumpeter Chet Baker rose to fame in the 1950s, acclaimed for his musical skill, his silky voice and his movie star good looks. A series of wives, lovers and children followed, as did plenty of drugs, drinking and all-around hard living. Three decades later, it’s taken its inevitable toll. With Baker’s once youthful face heavily lined and his health ravaged, fashion photographer Weber immortalizes him in smoky black and white images as he cruises around L.A. in a vintage convertible. The singer would be dead before the film even premiered.

More impressionistic montage than biographical portrait, “Let’s Get Lost” succeeds in painting a vivid picture of this charismatic but troubled musician. Lovingly shot contemporary footage of a loose, relaxed Chet mingles with archival footage of past performances and publicity photographs. Various friends and family members give voice to the dichotomies of the man, whose junkie-chic aura lent him an enigmatic air. Nominated for a Best Documentary Oscar, this jazzy mosaic captures the essence of a bygone era, and a doomed icon.