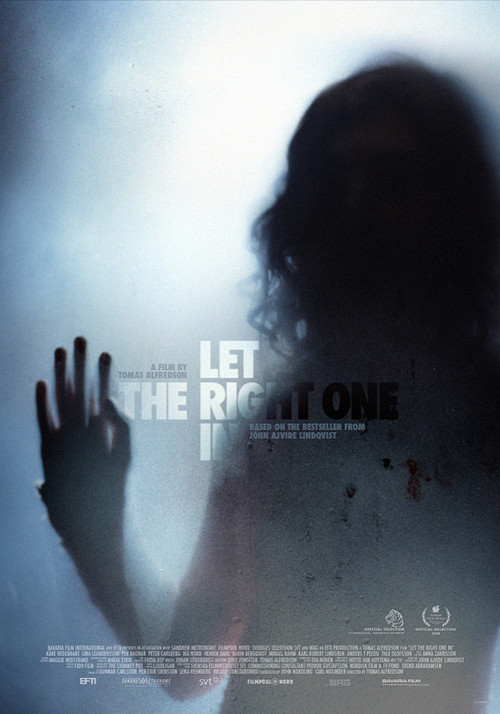 Let the Right One In

Oskar (Hedebrant) is a lonely, fragile 12-year-old living in suburban Stockholm. Bullied at school, Oskar fills notebooks with news reports of grisly local crimes and fantasizes about revenge. His life takes a turn, though, with the arrival of next-door neighbor Eli (Leandersson), an eccentric, disheveled-looking girl he befriends. Soon enough Oskar begins to suspect that Eli may be responsible for committing some of the ghastly murders around town.

With a remarkably sure hand, director Alfredson turns the immortal vampire genre inside out with “Let the Right One In,” an ingenious teen romance/fright flick whose emotional depth and resonance is almost Bergmanesque. Alfredson doesn't so much play up the gore factor of Eli's bloodsucking habits as he focuses on the tender feeling that bonds his two melancholy misfits, movingly played by Leandersson and Hedebrant. Sink your teeth into this moody, artfully scary meditation on loneliness and prepubescent longing. For horror fans everywhere, this is the "Right One" indeed.

Let the Sunshine In