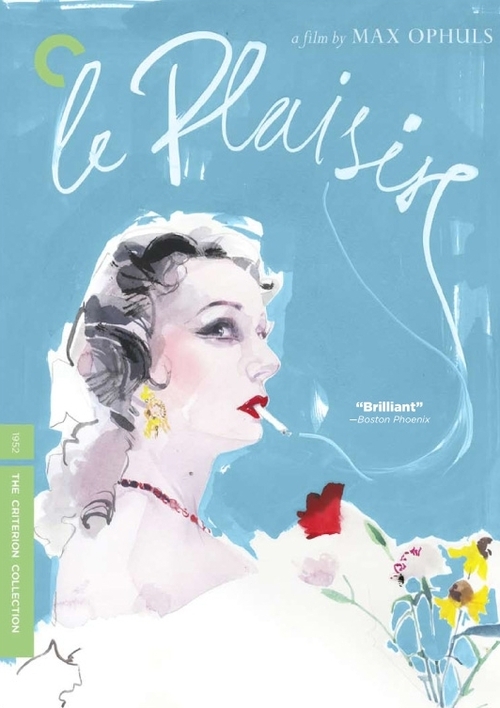 Ophuls's celebrated film is adapted from three tales by Guy de Maupassant. In the first, an aging hedonist (Galland) disguises his visage beneath a rubber mask so he can dance with beauties half his age in “The Mask.” In the second story, the madame (Renaud) of a classy urban brothel carts her girls out to the country wedding of her niece in “The House of Madame Tellier.” Lastly, love ends tragically for a selfish painter and the sitter (Simon) he impulsively marries in “The Model.”

Set in ornate ballrooms, bawdy brothels, and at a country estate in late-19th-century France, this jaunty, sophisticated three-part film by the great Max Ophuls studies the myriad effects of pleasure for pleasure's sake. Apart from Ophuls's magnificent, mobile camerawork – no one in his time engineered shots so impossibly fluid and all-seeing – the director draws on a hugely talented cast of French stars (Gabin, Simone, Darrieux) to explore our complicated relationship to love and desire, death and decrepitude. Next to Renoir or Bergman, no one understood better the ironies of the human condition. “Le Plaisir” proves the point with uncommon grace and intelligence.