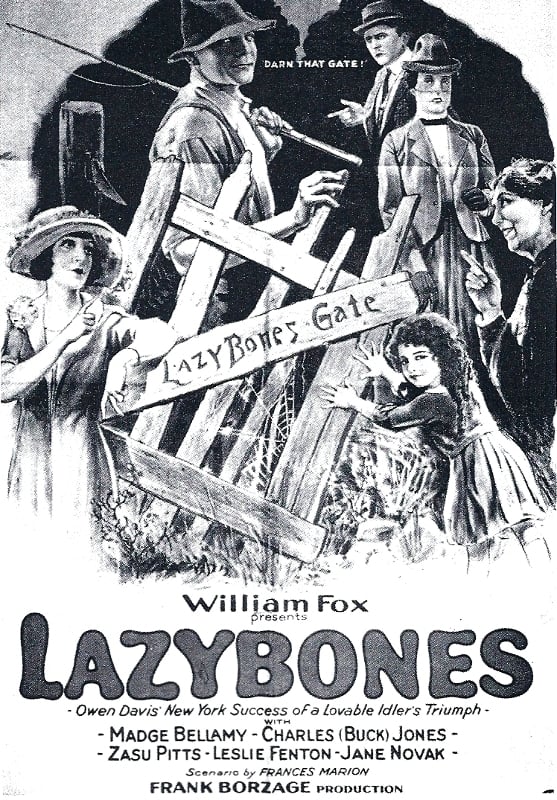 Steve Tuttle (Jones), known as Lazybones, is a lay-about rube who prefers fishing and snoozing to farm work. His loving mother (Chapman) is blind to his inadequacies, as is local beauty Agnes (Novak). One day Steve comes to the rescue of Agnes’s sister, single mother Ruth (Pitts), who in a suicidal fit is abandoning her baby for fear of her moralistic mother. Steve agrees to take the child in, and keep the mother’s identity hidden. Steve raises Kit (Marshall) even though he is ostracized by his small town. Much later, when Kit (Bellamy) has grown into a lovely young woman, Steve’s emotions take another turn.

Jones, who was mostly known for action roles in B Westerns, gives a surprisingly nuanced performance as a tender-hearted hero who sacrifices his own chance at happiness to save the reputation of a woman he barely knows. Director Borzage (who won two directing Oscars in his long career) masterfully transitions from comedy to pathos, and the ending is wholly unexpected, especially given the cinematic norms of the times. Pitts gives a striking performance as a mother watching her child grow up from afar, but the acting never devolves to melodrama. Jones went on to a prolific career, but died  tragically in the Cocoanut Grove fire of 1942. Here’s your chance to appreciate his talents in this early Borzage gem.