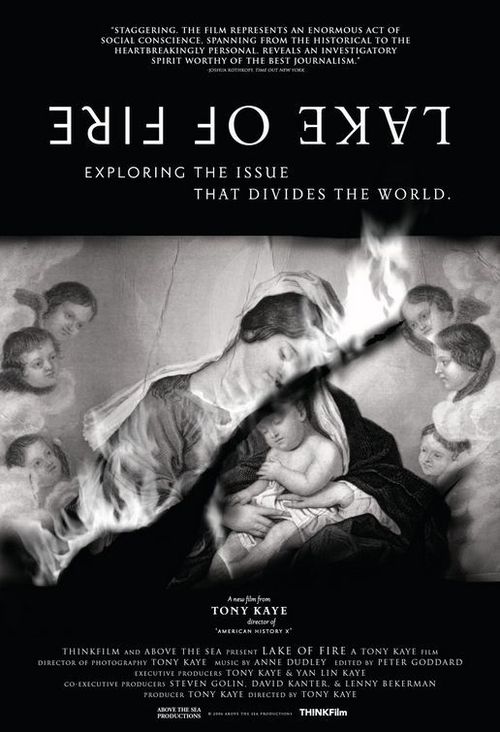 The complex, politically loaded topic of abortion is examined in this extensive, even-handed film. Both sides to the issue are given screen time; we hear from both pro-life and pro-choice advocates. Director Kaye addresses the legal, philosophical and religious arguments by talking to experts in many fields, including Harvard Law professor Dershowitz, Operation Rescue founder Terry, atheist Hentoff, and convert McCorvey, who was “Jane Roe” in the landmark Supreme Court decision in 1973.

A full seventeen years in the making, Kaye’s inquiry probes into all sides of the abortion debate in America. With both camps deeply divided and equally impassioned, the film doesn’t pretend to come up with a solution. Various experts re-examine what defines “life,” and even liberal Dershowitz concedes there is no clear, definitive answer. That doesn’t make this examination any less important. Be warned, though: graphic images from actual abortions are shown. While some may view this as excessive, even gratuitous, we believe the director intends to remind us that the abortion question is not simply about differences in ideology; it is, in fact, a fundamentally charged, agonizing human issue. Let this “Fire”reignite the discussion.