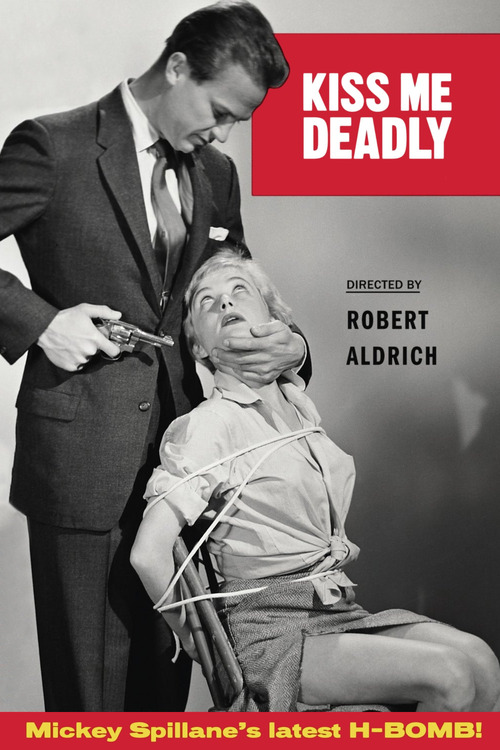 Private eye Mike Hammer (Meeker) picks up a female hitch-hiker in trouble one night, eventually loses her, and when she winds up dead, resolves to investigate. The twisty trail eventually leads him to an oily gangster (Stewart) and a duplicitous scientist (Dekker). The trail of mysteries eventually leads to the contents of a stolen box which Hammer's secretary Velda (Cooper) describes as "The Great Whatsit." All bets are off as the film builds to its climax.

Aldrich comes close to noir perfection with "Kiss Me Deadly," transferring the pulp flavor of Mickey Spillane's books to the screen. Spillane's battered hero represents the true noir protagonist, devoid of pretension or romance, and Meeker is ideally suited for the role. Hammer's fundamental concern is his own — and his client's — survival, and there's plenty to be concerned about. Ahead of its time when released, "Deadly" is a tense, thrilling masterpiece of Cold War paranoia. (Watch closely for a young Cloris Leachman in her film debut).