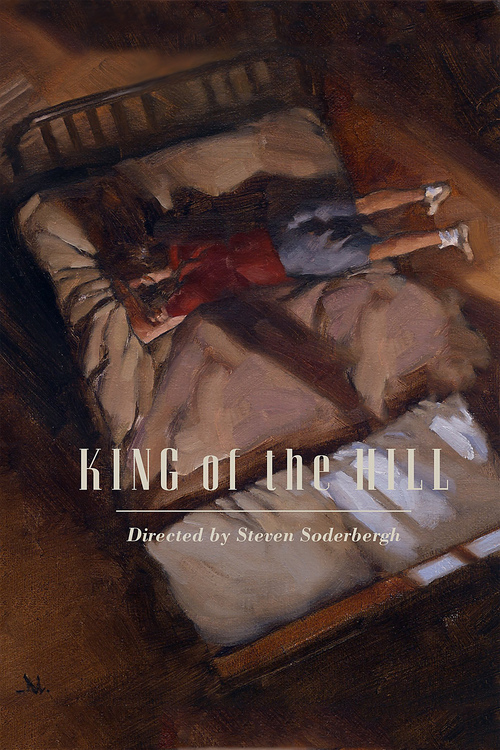 King of the Hill

In St. Louis during the Great Depression, twelve year-old Aaron (Bradford) is left alone in the seedy Empire Hotel when his sick mother (Eichhorn) is sent away to a sanitarium, and his salesman father (Krabbe) goes out on the road. Aaron befriends the tenants of the hotel, including street-wise neighbor Lester (Brody) and the welcoming Mr. Mungo (Gray), who’s less happy than he seems. Armed only with his natural ingenuity and a remarkable gift of gab, Aaron survives, even as his food runs low and the hotel tries to evict him.

Adapted by director Soderbergh from A. E. Hotchner’s memoir, this atmospheric coming of age story pops with vitality and a lived-in truth. The appealing young Bradford handily carries the film, playing a lonely boy with a vivid imagination and will to make the best of things. The richness of the characters extends even to the smallest part, notably the gum-smacking elevator girl (played by singer Lauryn Hill), and weaves a poignant tapestry of resilience in the 1930s. With “King,” Soderbergh delivers an uplifting treasure more movie lovers should discover.