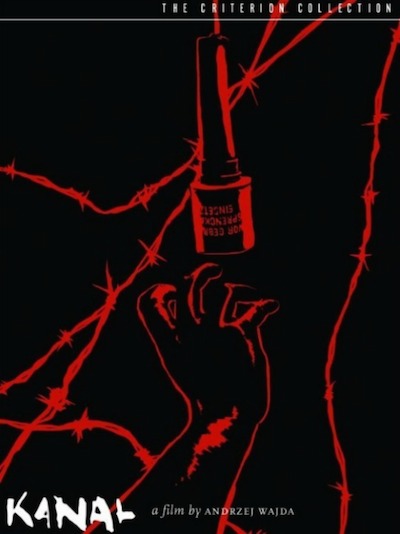 As the Warsaw Uprising of 1944 draws to its end, Polish resistance fighters battle to hold on to their city. Cornered by the Nazi offense, Lieutenant Zadra (Glinski) is forced to withdraw his men into the sewers of the city to escape the gunfire. With the help of Stokrotka (Izewska), a local girl who knows the underground tunnels, they attempt to flee. Her lover Jacek (Janczar) is shot in the enemy fire. In the dark, dangerous sewers the men try to hold on to their sanity as reaching daylight becomes their only hope.

Wajda’s second film portrays a literal and allegorical descent into hell. With cinematographer Jerzy Lipman using the unlit confines of the tunnels to imbue the film with a grim, ghoulish palate, Wajda turns the claustrophobia and rank conditions into a palpable nightmare for the viewers as we trudge through the muck with our protagonists. In an existential struggle, the men and women carry on despite the dark, labyrinthine surroundings enveloping them. Based on the wartime experiences of screenwriter Jerzy Stefan Stawinski, this haunting, gripping drama won the Special Jury Prize at the Cannes Film Festival.