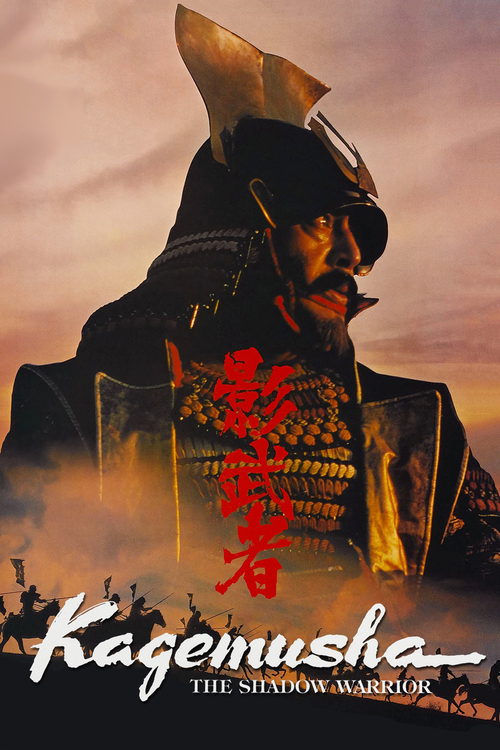 After the death of Shingen (Nakadai), a powerful and greatly feared warlord in mid-16th-century Japan, his brother Nobukado (Yamasaki) recruits a low-born thief (Nakadai again!) to impersonate the deceased warrior king, teaching him to walk, talk, ride, and command like the man whose likeness he uncannily bears. But maintaining the ruse amid turbulent times proves difficult, especially as Shingen's many enemies suspect their rival of using a double.

Staggering in its scope and power, "Kagemusha" features soulful acting, breathtaking visual sequences, and at its heart, a mortal tragedy worthy of Shakespeare. Kurosawa not only tells a whopping good yarn rooted in historic reality, he uses the vulgar, but wrenchingly sympathetic figure of Nakadai's thief to explore questions of identity and the theatrical nature of political power. In addition, Kurosawa's painterly use of color (especially during several large-scale battle set pieces, for which he used five cinematographers) and his haunting, slow-motion dream sequences are simply unparalleled. Made with the help of George Lucas and Francis Ford Coppola, "Kagemusha" is a somber late masterpiece by one of the world's greatest filmmakers.