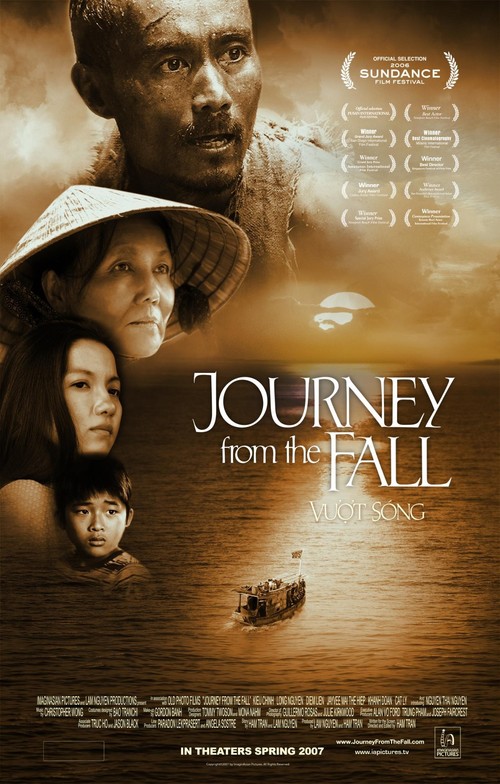 Journey from the Fall

This powerful melodrama tracks the fates of a South Vietnamese family in the aftermath of the American withdrawal from Saigon in 1975, focusing on Long Nguyen (Long Nguyen), a former Vietnamese Army officer and anti-communist who's sent to a reeducation camp, where he is tortured. Meanwhile, his wife (Lien), mother (Chinh), and son Lai (Thai Nguyen) attempt to find safe egress from the country, via swamps and jungles, and eventually on a dangerous journey across the Pacific Ocean.

For the first time ever in a big-screen epic, Tran's magnificent "Fall" tells the harrowing story of the allies we left behind in Vietnam, many of whom became the patronizingly named "boat people" of the early 80s, who risked their lives to come West. Lush camerawork, sweeping vistas, and a narrative jam-packed with real-life stories of courage, endurance, and hair-raisingly narrow escapes outfit the film's first half; in the second, we witness the struggle of teenage Lai to adjust to life in California after experiencing so much horror, and the tensions it causes in his family. "Journey from the Fall" is an enthralling drama about an aspect of the Vietnam War you've never seen.