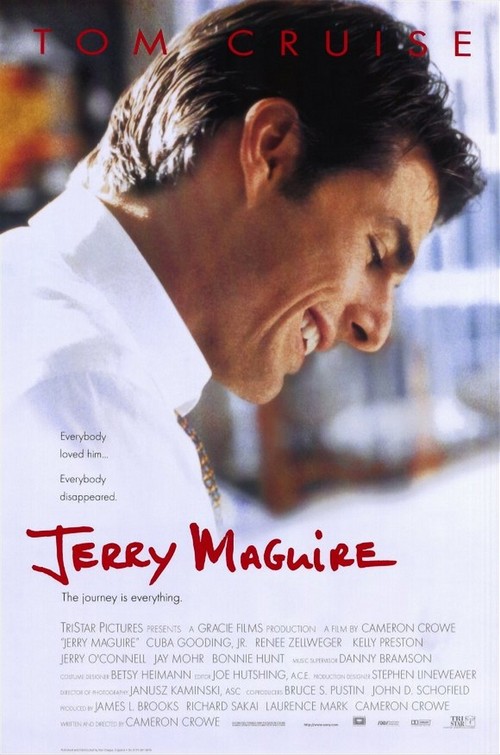 Jerry Maguire (Cruise) is a sports-agent who's seen better days. Undermined and outflanked by ruthless colleague Bob Sugar (Mohr), Jerry goes solo, with a solo client: pro footballer Rod Tidwell (Gooding Jr.), who believes he needs his head examined, and whose mantra to Jerry seems unending: "Show me the money!" Just when things seem at their bleakest, Jerry meets Dorothy Boyd (Zellwegger) and her young son Ray (Lipnicki). Once Dorothy becomes Jerry's assistant, things begin to look up on all fronts, and we have the makings of an authentic David versus Goliath story.

Cameron Crowe's directorial breakthrough (he also scripted) is an infectious comedy/romance buoyed by a star-making turn from Zellwegger, and an Oscar-winning comic performance from Gooding. Young Lipnicki is pretty appealing too, and all provide Cruise with plenty of opportunities to shine. This razor-sharp yet very human satire ends up really warming the heart.