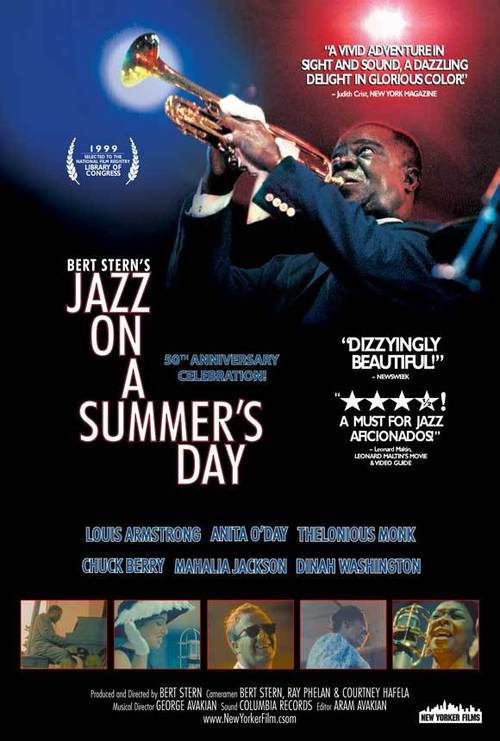 Jazz on a Summer's Day

Print photographer Bert Stern took a movie camera to the 1958 Newport Jazz Festival and proceeded to shoot some of the 20th century's greatest jazz musicians in their prime, and for posterity. These inspired musical segments are interspersed with spontaneous scenes of the enthusiastic '50s crowd and the gorgeous Newport venue, including shots of glistening water and sailboats.

This special film should be catnip not only for jazz fans, but all music lovers. The jams indeed soar, what with performers like Satchmo and Gerry Mulligan playing their hearts out, and Mahalia Jackson showcasing her powerful pipes. Even the electric Chuck Berry, very much in his prime, gets in on the act. Director Stern's camera captures the sheer excitement of the event, while evoking the feeling of a more innocent era via vivid color and fluid camera movement. Open your eyes and ears to "Jazz."