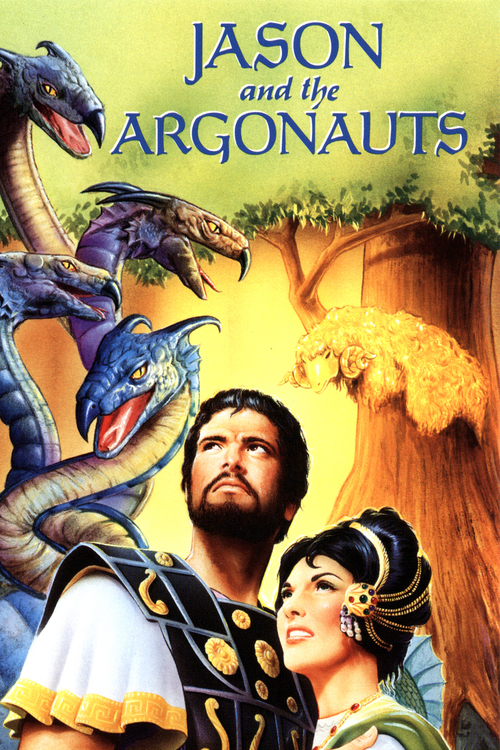 Jason and the Argonauts

Before he can claim the throne of Thessaly, sea explorer Jason (Armstrong) must embark on a quest to find the Golden Fleece. Mustering his loyal crew of Argonauts, Jason sets out on the perilous high seas, encountering dark magic and mythical creatures alike as he attempts to retrieve the fleece and please the gods of Mt. Olympus. Among them, only Hera (Blackman) keeps an eye out for his safety.

A legend in his time, Ray Harryhausen was the undisputed master of stop-motion animation. And working closely with director Don Chaffey in "Argonauts," he created his masterpiece. For preteens, it was thrilling to watch live actors battle an army of skeletons back in '63, and today we still marvel at the succession of jaw-dropping animated set pieces. Featuring harpies (terrifying winged creatures) and a hydra (a mammoth bronze statue that springs frighteningly to life), this film is like an illustrated book of Greek mythology popping into 3-D action, with Bernard Herrmann's jaunty score getting your pulse racing. A perfect antidote to the Sunday-afternoon blahs for viewers of most any age.