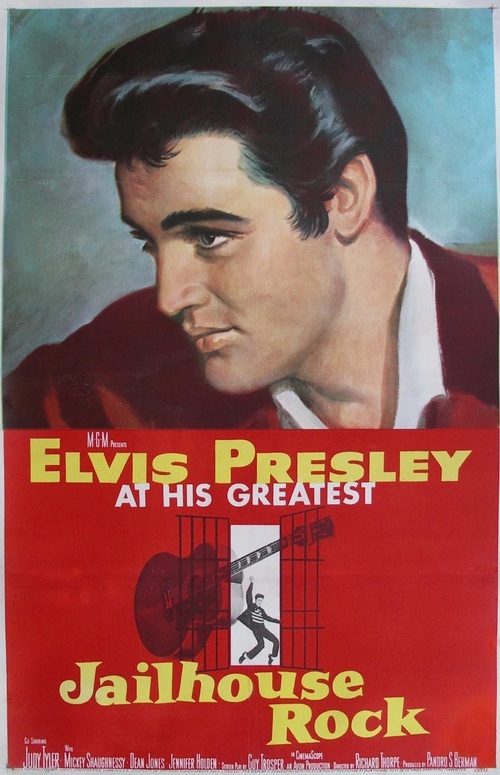 Vince Everett (Presley) is unlucky enough to kill a man in a barroom brawl and goes to prison for manslaughter. Once inside, he picks up a guitar to pass the time and finds he has a certain musical talent (surprised?). When Vince gets released, it's not long before he gets his big break in the recording business. But will fame go to his head and make him forget those that helped him when he was down and out?

This 1957 release directed by Richard Thorpe is most often cited as Elvis's best film, and rightly so. It certainly feels closest to Elvis's own story and persona, as Hollywood had yet to sully the King's talent with an endless string of brainless, cotton candy movies. The film's trim hard edge and Elvis's restrained performance give us a vivid glimpse of this rock icon in his early prime, before fame and commercialism obscured his gift. Terrific tunes abound; in particular, don't miss the memorable title song sequence, which Elvis choreographed himself. Long live the King.