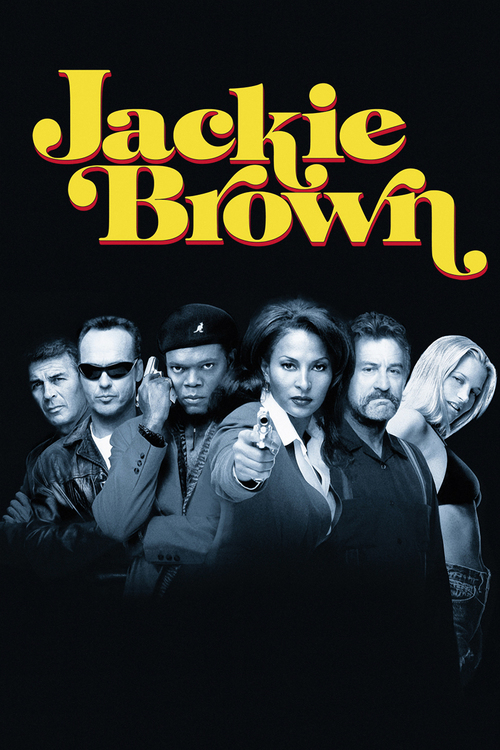 Busted by ATF agent Ray Nicolette (Keaton) for smuggling a half-million in cash for ruthless LA arms dealer Ordell Robbie (Jackson), resourceful flight attendant Jackie Brown (Grier) is coerced into helping authorities nail her boss. But Jackie's got her own ideas about justice, and devises an ingenious plan with world-weary bail bondsman Max Cherry (Forster) to screw Ordell and the feds. But just who's scamming who?

This pitch-perfect adaptation of Elmore Leonard's "Rum Punch" delivers the goods — and then some. With its cheeky dialogue, blasts of violence, and an eccentric gallery of characters, "Jackie Brown" exemplifies the kind of robust, genuinely thrilling material a Tarantino-Leonard match-up can produce. Grier and Jackson make excellent, illicit adversaries, and the supporting cast, including De Niro as Ordell's pothead partner and Fonda as a sun-kissed stoner babe, couldn't be better. The other triumph of "Jackie Brown" belongs to Forster, a forgotten actor (like Grier) whose turn as Jackie's regular-guy love interest earned him an Oscar nod.