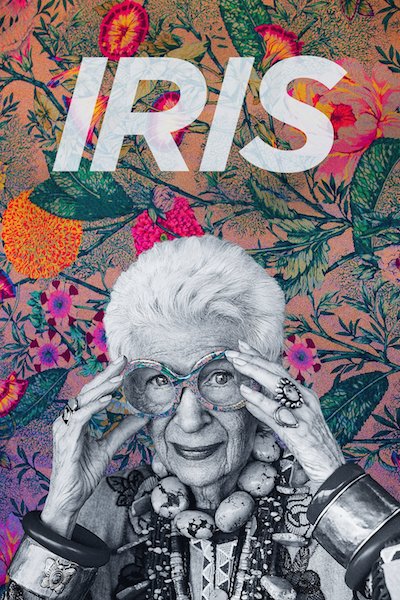 Known for her round, owlish glasses and drapes of beads and accessories, 93 year-old fashion guru Apfel has become a “geriatric starlet”, much to her own amusement. When not being interviewed, photographed or selling her goods on Home Shopping Network, Apfel dotes on her husband of six decades, Carl. Flitting between homes in New York City and Palm Beach, Apfel’s extensive collection of outfits and idiosyncratic personality have made her a living work of art.

In his final film, legendary documentarian Albert Maysles follows nonagenarian style icon Apfel for more than a year as she expounds on her effortlessly eclectic, sartorial flair. From a start in interior design (the Kennedy White House ranks high on her resumé) and textile manufacturing, Apfel now enjoys acclaim as the prototypical fashionista, photographed by Vogue and previously the subject of a one-woman show at the Metropolitan Museum Costume Institute.  Confirming fashion as another expression of one’s art and identity, the late Maysles seems to have found a creative kindred spirit. Don’t miss this warm, winning film, celebrating one of life’s great characters.