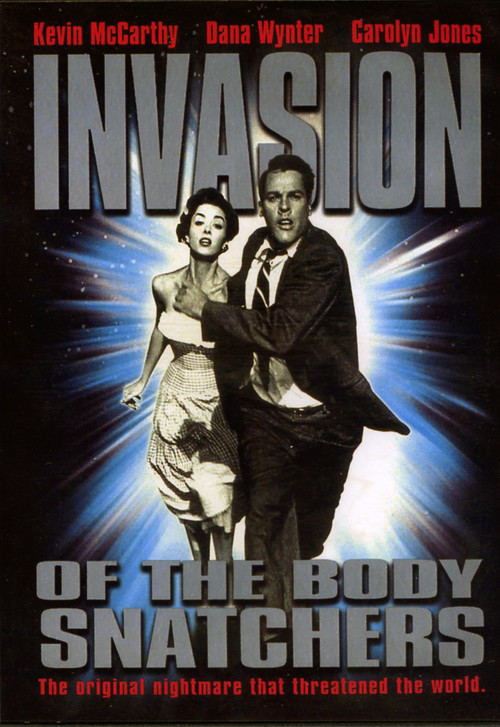 Invasion of the Body Snatchers

In Everytown, USA, your neighbors are acting strangely. They may look the same, but something has gone dead inside them. Soon, strange pods are discovered, and it appears they serve to replicate aliens as these same neighbors, thus beginning an insidious takeover of the earth itself. Dr. Milles Binnell (McCarthy) and Becky Driscoll (Wynter) are the first to stumble upon this horrible and incredible phenomenon, and it falls to them to warn everyone else. But just whom can they trust?

Our personal sci-fi favorite from the fifties, this enduring cult film is an ingenious nightmare vision that reflects the paranoia of the time, created by McCarthyism. Absent the effects that characterize more recent entries in this genre, the film remains genuinely creepy strictly on the basis of story, direction and performances. Stars McCarthy and Wynter carry the film beautifully, and director Siegel brings the same flair to this that he would to movies like “Dirty Harry” years later. Prepare to be invaded!