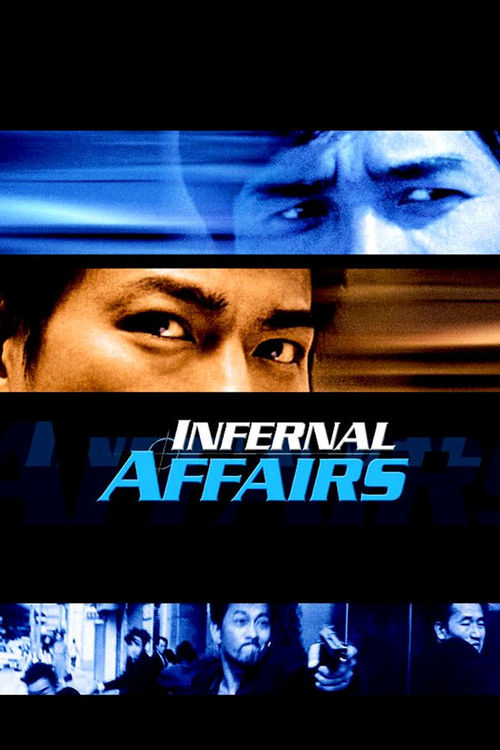 Crime boss Sam (Tsang) has planted young gangster Ming (Lau) in the Hong Kong police department to track the authorities' anti-mob activities. At the same time, Superintendent Wong (Wong) has hand-picked police academy recruit Yan (Leung) to work undercover in Sam's gang. As the two moles work diligently at cross-purposes, they each begin to lose a sense of their real identity, while their respective bosses wage a war of nerves that will eventually place Ming and Yan on a collision course.

Remade by Martin Scorsese as "The Departed," Lau's leaner, superior "Affairs" is a clever, suspenseful, genre-twisting epic from Hong Kong. In portraying a cop and crook who basically trade places, "Affairs" examines the meaning of loyalty and honor while blurring the line between good and evil. The result is a wrenching, breathless psychological cop film. Asian star Lau is marvelous playing opposite the equally charismatic Wai. As far as pounding thrillers go, these "Affairs" are definitely in order.

Ingrid Bergman: In Her Own Words