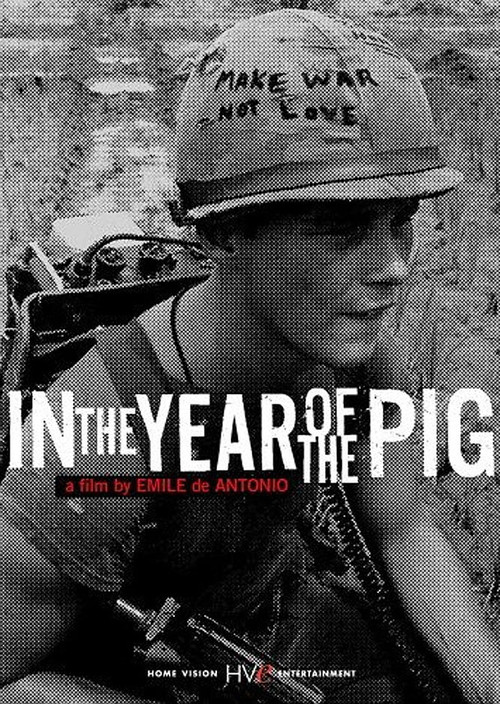 In the Year of the Pig

This revealing history lesson relates how in the mid-'40s, a diminutive Marxist named Ho Chi Minh gradually became a national hero, beloved by most Vietnamese, North and South. It then analyzes how outside forces fomented the divisions that resulted in years of costly conflict. Combining newsreel footage with candid interviews of political and military leaders, the film takes us back to French colonial rule in Indochina, dissects America's emerging role in Southeast Asia, and tracks our misguided reasons for ultimately entering the war.

The Oscar-nominated "Pig" captures the arrogance of power our top national leaders projected in the '60s, with the windy Hubert Humphrey exclaiming "it is hard to win the peace" (with the emphasis on "win"). Next there's Richard Nixon, the old Cold Warrior and gifted globalist, who patiently explains why it would be bad for America to let Indochina "go Communist." Then we behold then incumbent L.B.J, looking drawn and defeated, who adopts a consistently defensive and defiant posture on the war (a bit like fellow Texan George W. Bush on the subject of Iraq). This excoriating documentary is intense and riveting.