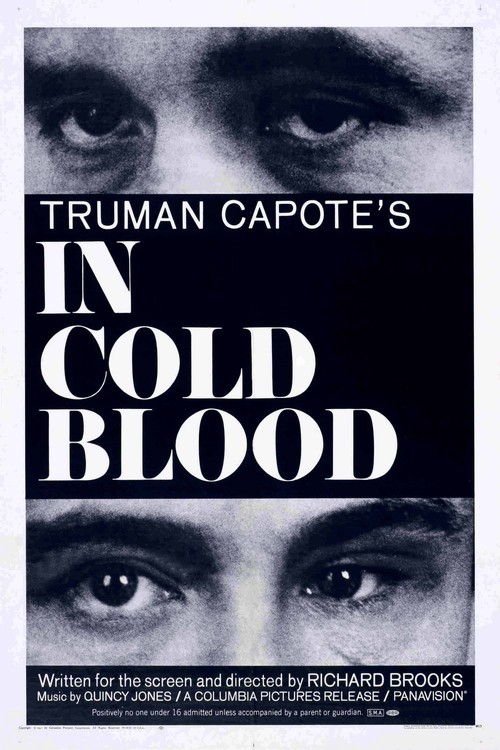 Desperate for cash, former inmates Perry Smith (Blake) and Dick Hickock (Wilson) troll around Holcomb, Kansas, before burglarizing the Clutter family, in whose farmhouse Hickock's been told they'll find a safe containing $10,000. After terrorizing and then butchering the entire clan, Smith and Hickock find just $43 and head to Mexico. In the meantime, Alvin Dewey (Forsythe) of the Kansas Bureau of investigation launches a manhunt to track them down.

Based on the best-selling exposé by Truman Capote, which told the story of the real-life November 15, 1959, slaying, Brooks's gritty, realistic docudrama offers an unflinching look at the perpetrators of this senseless, horrific crime. Wilson couldn't be better as the coldly manipulative Hickock, and Blake is devastating playing a brutal psychopath. Filmed in stark black-and-white by Oscar nominee Conrad Hall, "Blood" is a harrowing masterpiece of true crime.