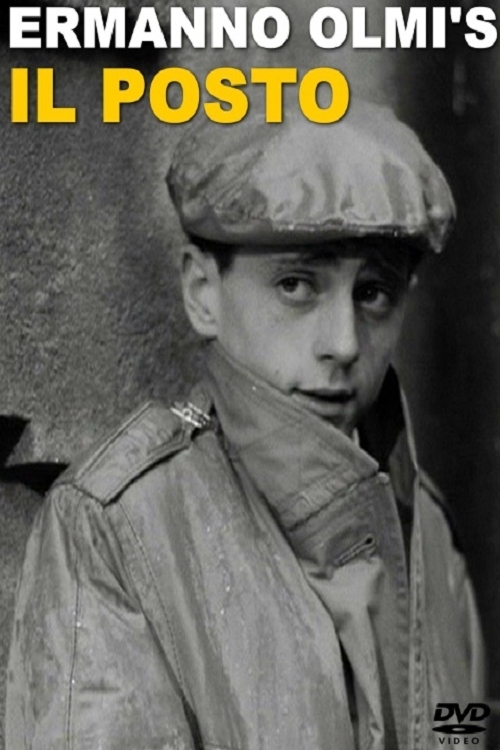 Domenico (Panseri) is a shy, diffident youth from a small Italian town who travels to Milan in hopes of landing a good job as a clerk. As he begins to make his way through a maze of bureaucratic evaluations and interviews, Domenico falls for a spirited young girl (Detto) who seems to embody all his dreams of a better life in the big city.

With its melancholy tone and slightly Kafkaesque scenario, "Il Posto" offers a wistful look at the soul-crushing consequences of conformity. A clerk himself for ten years, Ermanno Olmi based this film on his own experiences at an impersonal large company where most of the employees, like Domenico, could expect to stay in their positions for life. Beautifully photographed and quietly moving, "Il Posto" is unusual in the neorealist canon: Olmi used real workers in their actual settings to achieve his documentary-like effect, and even his two leads were not trained actors. (He later married actress Detto.) Olmi's ingenious use of dance-hall music in a key scene may explain why it was dubbed "The Sound of Trumpets" on its U.S. release.