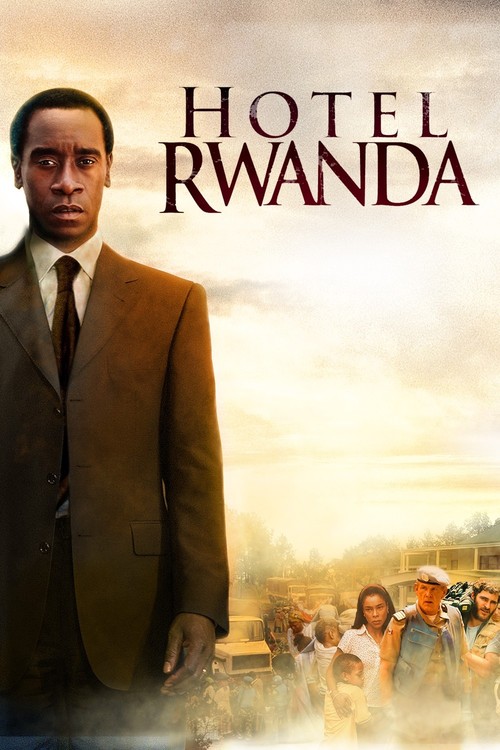 In 1994, angry, well-armed Hutu militias take to the streets in the Rwandan capital of Kigali to indiscriminately target and murder Tutsis in the wake of a plane crash that’s killed President Juvenal Habyarimana. One man, Paul Rusesabagina (Cheadle), the Hutu manager of Kigali’s upscale Hotel Des Milles Collines, defies the machete-wielding extremists by using all his wiles to shelter more than 1,200 Tutsis, at great personal risk to himself and his wife (Okonedo).

Don Cheadle achieves a career peak in Terry George’s “Hotel Rwanda,” delivering an extraordinary performance as the real-life Rusesabagina, a man not unlike Schindler in his integrity and courage. George and his scriptwriters don’t delve deeply into the history of ethnic strife in Rwanda, preferring to highlight the nobility of a hotelier whose innate sense of decency and human feeling leads him to make difficult moral decisions in the heat of a crisis. Okonedo and Luc Besson regular Jean Reno (as a businessman) perform admirably in small roles, but Cheadle’s the one who’ll keep you riveted throughout “Hotel Rwanda,” a dramatic tribute to a truly remarkable individual.

Hotel Terminus: The Life and Times of Klaus Barbie