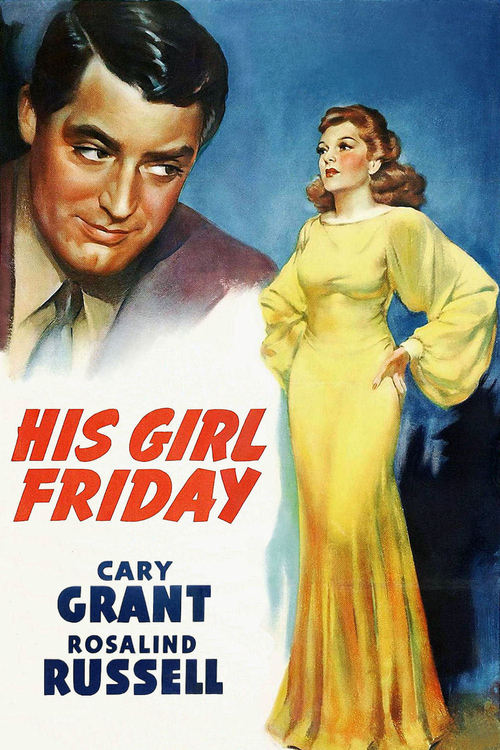 Sneaky, slimy editor Walter Burns (Grant) will stop at nothing to prevent his best reporter (and former wife) Hildy Johnson (Russell) from leaving the exciting newspaper business for a dull marriage to the chronically normal Bruce Baldwin (Bellamy). As fate would have it, the year's biggest story is breaking, as condemned killer Earl Williams (John Qualen) breaks out of jail, and even Hildy can't resist the lure of the scoop. Will Walter's nefarious scheming prevent Hildy from reaching the altar?

The legendary Howard Hawks directs what may be the fastest film comedy ever. A re-make of "The Front Page," this version's inspired plot twist is that Hildy is a female reporter, formerly wed to loveable scoundrel Burns. The conceit works, as underneath Walter and Hildy's scathing, rapid-fire repartee we sense a strong (though somewhat twisted) attraction. Both Grant and Russell are in top form, and all we have to do is keep up with them. A rip-roaring good time, from start to finish.

History Is Made at Night