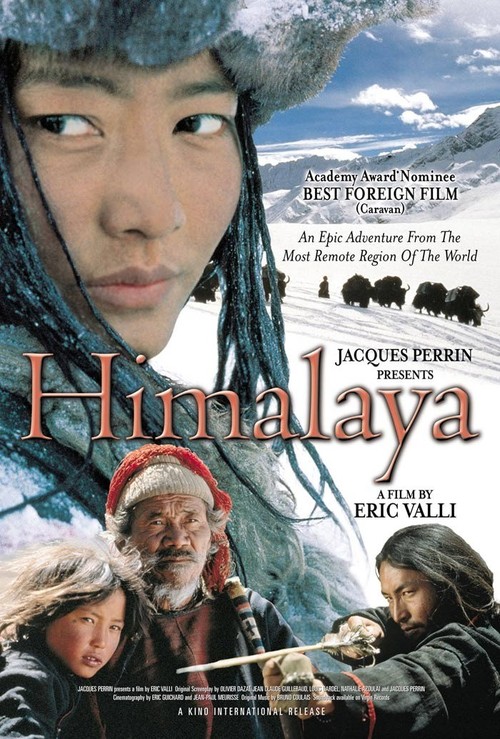 In the snowy Himalayan region of Nepal, a village elder named Tinle (Lhondup) struggles to regain the authority granted him by tradition after the death of his eldest son on a treacherous salt-gathering trek. Young upstart Karma (Kyap), who brought the body home, wants to usurp his friend's position at the head of a yak caravan, but Tinle, believing Karma may have played a role in his son's demise, tries to hamper Karma's outsize ambitions.

Outdoor adventure, breathtaking visuals, and tense interpersonal conflict drive Valli's Oscar-nominated tale of rivalry and honor among the indigenous people of Nepal. Filmed on location in CinemaScope, "Himalaya" unravels a Shakespearean drama in a Central Asian setting worthy of National Geographic. Valli, who set out to make a "Tibetan Western," certainly draws graceful, unhurried work from his non-pro cast, but he also sets up a familiar dichotomy between youth and wisdom, reason and faith. Scale the dramatic heights of "Himalaya."