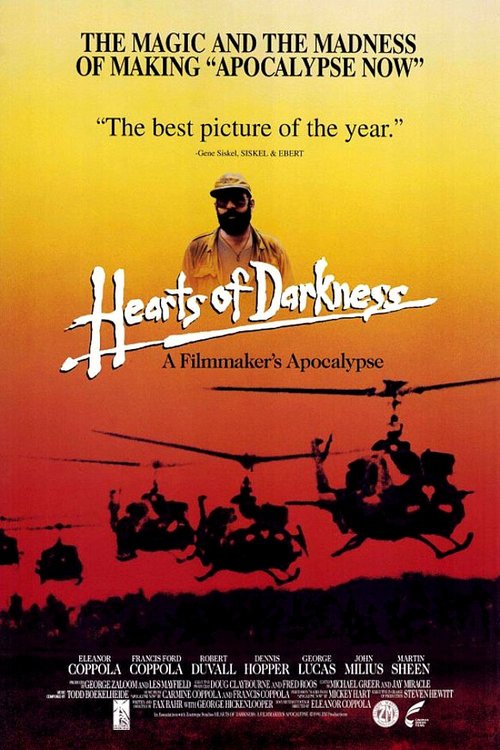 This making-of documentary trails director Coppola and his beleaguered crew through the Philippines as they attempt to avert all forms of disaster on the jinxed production of what would become his 1979 masterpiece, "Apocalypse Now." Interweaving on-set footage shot by Coppola's wife, Eleanor, with one-on-one interviews done a decade later, this one-of-a-kind glimpse at crazed obsession is a film lover's fever dream come true.

It's hard to say what's the most harrowing moment: Sheen's psychic meltdown, Brando's mumbling miscues and diva-like behavior, or Coppola's certainty that he's making a terrible movie. Certainly things get off to a poor start when Sheen suffers a heart attack, but the real-life catharsis that may have triggered it it winds up in a key early scene. The chaos of the shoot even perturbs the usually unflappable Dennis Hopper. Watching "Hearts," you wonder how the critically acclaimed "Apocalypse"— helmed by a neurotic director, with everything on the line, who couldn't seem to catch a break — ever made it to the screen. Don't miss this tense, unforgettable chronicle of one filmmaker's often agonizing journey to greatness.